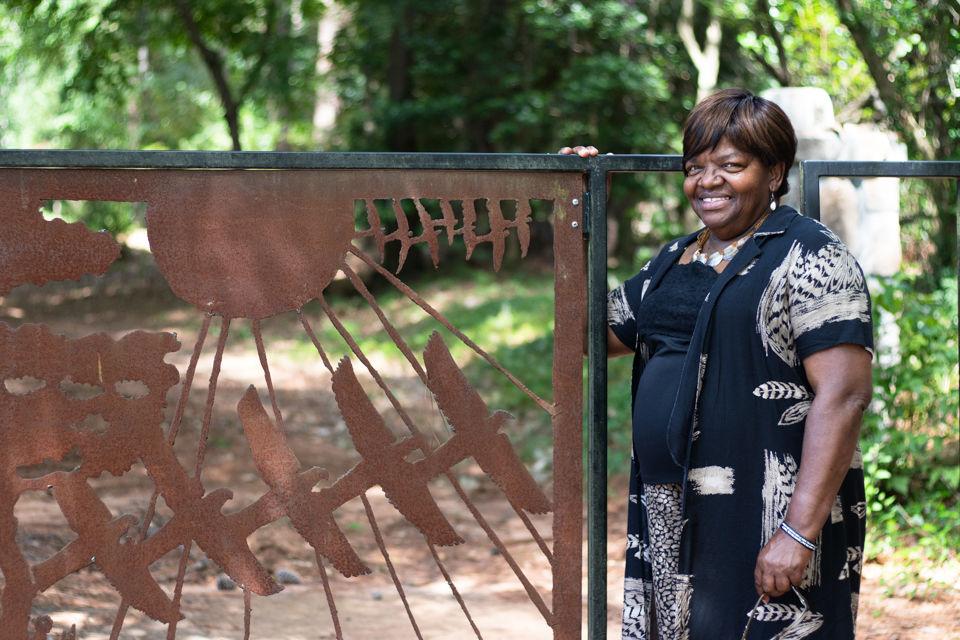 Writing and caregiving and lobbying and volunteering and singing

MARTY WINKLER and NOEL HOLSTON, who are married, are both brimming with creativity, and that’s what drew us to them a couple of years ago. Both are musicians, singers, and writers with two CDs, a book and, by the way, Holston’s second cochlear implant. A lot of good things continue to emanate from their house.

Winkler’s acting career, which was highlighted in the Spring 2019 issue, was paused over the pandemic so in the meantime, she’s produced a CD, “Songs I Never Sang for My Father,” with Michael C. Steele. With a three-octave range, Winkler can sing just about anything but says, these days, “I only do songs that hit me in the heart.”

Now that she’s 64, she’s singing more blues and jazz. “I have taken decent care of my voice and know how to flesh out a song. Early in my career I would not have sung those genres; it would have been invalid. I needed certain life experience.”

Recently Winkler has been signed by Hemifran, an independent Swedish company that promotes and distributes musical artists in Great Britain and Europe.

Holston, too, may be singing again. He got a second cochlear implant in November. When we last visited him in Fall 2019, he had just published a new book about his trials and tribulations of sudden and severe hearing loss: “Life After Deaf: My Misadventures in Hearing Loss and Recovery.” He was supposed to be promoting it when the pandemic struck.

Still, life is looking up. His second implant is improving his hearing so much more, and now he can hear through both ears.

“The brain is adjusting. I had lost music for a decade, but am hearing more instruments, piano and bass,” he says. “I had not talked to my brother on the phone for ten years; I had to have Marty translate for us.” Following his surgery, Noel could finally give him a call on his own. “Best conversation ever.”

HATTIE THOMAS WHITEHEAD is passionate about her childhood, and the neighborhood in which she grew up: Linnentown. Our readers first met Hattie in our Winter 2019 issue. She was one of several Athens residents profiled because of her activism back in the day, in her case, back in 1963 when she was 14. At the time, she and other young blacks were marching on downtown streets and being jailed as they did their part in an NAACP civil rights effort. In the three years since we first met Hattie, she has been active in another civil rights initiative: The Linnentown Project, and as part of that she’s written a recently published memoir.

Linnentown was a neighborhood of African American houses on Baxter Street, which was torn down in 1962 to be replaced with new UGA dormitories. The city used its power of eminent domain to take the houses and displace around 50 families. Whitehead, her five siblings and her parents had to move.

Today, Whitehead and several other former residents are working with local elected officials and university staff to educate the community and decision makers about the legacy and impacts of urban renewal in Athens. Whitehead began the public awareness campaign when she spoke to a meeting of Historic Athens in September 2019. Since then, the group of former residents and supporters has successfully lobbied the Athens-Clarke commission to approve a resolution seeking a change in the state’s constitution that would make monetary reparations possible. Whitehead’s efforts have gotten nationwide publicity.

She’s currently promoting her book, “Giving Voice to Linnentown,” in which she describes growing up in a loving family and close-knit neighborhood.

“I was able to connect with my ancestors. I gave them a voice. They didn’t have a voice,” says Whitehead. “Sometimes when I was writing, I had to cry. Some things resurfaced that I had not dealt with, so I cried or went for long walks. I walked and talked and connected.”Where does she go from here? “We are in unchartered waters. There is no diagram, no money; we’re a group of seniors but we have a will and energy to seek justice,” says Whitehead.

“I’ve learned that I can speak up. I learned how to write. I learned how to raise awareness.” She’s also currently co-chairing the mayor’s Justice and Memory Project Committee. Some goals include a Linnentown Walk of Recognition and mosaic on Finley Street, and a community-inspired quilt project facilitated by graduate students in UGA’s School of Art

SUSAN BROWN, 73, has a new lease on life now that she is no longer a full-time caregiver. In our Fall 2018 profile of several caregivers, she shared how she had been caring for her brother and sister for several years, moving them from Atlanta and Chicago into rental homes she owned in Athens. When they could no longer live alone as their health continued to decline, she built a house for herself and them.

Earlier this year when she could no longer take care of them, and despite the pandemic, she made the difficult decision to move her brother into a memory care home and her sister into an assisted living facility. Though there are some guilt feelings, she knows he is in a safe and clean environment. And while her sister is not entirely happy, “she can get the help and socialization she needs,” Brown says.

“Guilt is there when we have to make hard life decisions,” says Angela Chavous, Long-term Care Ombudsman at the Athens Community Council on Aging. “It is not uncommon to feel that way, but it is not a sign of failure but a sign of caring.”

Now Susan is selling the house, which became too much to manage. Would she do it all over again? In hindsight, she would look at other alternatives — it was a huge undertaking to try and manage two people and their failing health. She had a big learning curve in terms of managing medications, scheduling numerous doctors’ appointments, physical therapy follow-up, and trying to familiarize herself with various resources such as day care at ACCA.

Now that the weight of day in and day out care has lifted, she’s happy to be socializing with friends and doing some regular exercise.

LINDA DAVIS, was profiled in the Summer 2017 issue of Boom, for her work as coordinator of The Friends of the Brooklyn Cemetery in Athens. The cemetery, behind Clarke Middle School, is a five-acre graveyard of about 1,100 African American people. It was wild and overgrown when a group of neighbors became interested in 2005 in preserving it. Linda’s grandparents are buried there, which inspired her to take on the mission of preserving it. In that role, she organized a 501c3 nonprofit, coordinated clean-ups with dozens of community groups, wrote grants, raised funding, and worked with graduate students on a master plan.

Linda has continued to lead the effort. Hundreds of volunteers work each year to clear the site, removing invasive plants and dead trees. With each uncovered headstone, the cemetery has become more and more a holy place as it rebuilds its truth and restores a sacred dignity to those buried there.

“This is a community project,” Davis says. “It has been cleared by volunteer labor, allowing people to feel a connection and a camaraderie.”

Restoration continues with plans for a fence around the property and paths to return the cemetery to its natural beauty. There are also plans to build a monument on the cemetery’s highest ground that will be designed by graduate students in UGA’s landscape architecture department. This reinterment site would serve as a place for family members to reinter remains that were not originally buried at Brooklyn.

Take off, take off your shoes
This place you’re standing, it’s holy ground

The video reminded Davis that she continues to see the cemetery, the final resting place for many African Americans from Athens and the surrounding communities, as holy ground

ALLAN ARMITAGE is well known as a horticulturist and researcher with over a dozen books and hundreds of articles, as well as an award-winning teacher who oversees the UGA Horticulture Gardens. He’s also a crack tennis player, and in the Fall 2018 issue of Boom, wrote an amusing essay about his local tennis team winning the National Seniors title at the 2017 U.S. Tennis Association tournament during their first time competing.

As if that wasn’t enough, he’s most recently taken up storytelling, specifically recalling stories about his three children. “Tales of Big Jon and Other Creatures: The Extraordinary Times of an Ordinary Family,” with illustrations by Valerie Nichols, was published in October.

“I’ve been writing this book for 40 years,” he says. “Young children are story machines. The simple act of growing up always results in unplanned adventures and missteps that are wildly entertaining. Every family has them, but I wrote them down.”

The book is getting good reviews, ranging from “hilarious” to “heartwarming and tender.” “It will keep you laughing, reminiscing and entertained from beginning to end.”

ESP (Extra Special People), an organization in Watkinsville that supports individuals of varying abilities, and which Armitage has supported for years, will get a percentage of the book sales.

“I hope the new book is bringing a smile or two. Seems in this turbulent, rather self-centered time, a little humor may go a long way,” Armitage says. He keeps on producing and creating projects because, “I want to wear out, not rust out.” 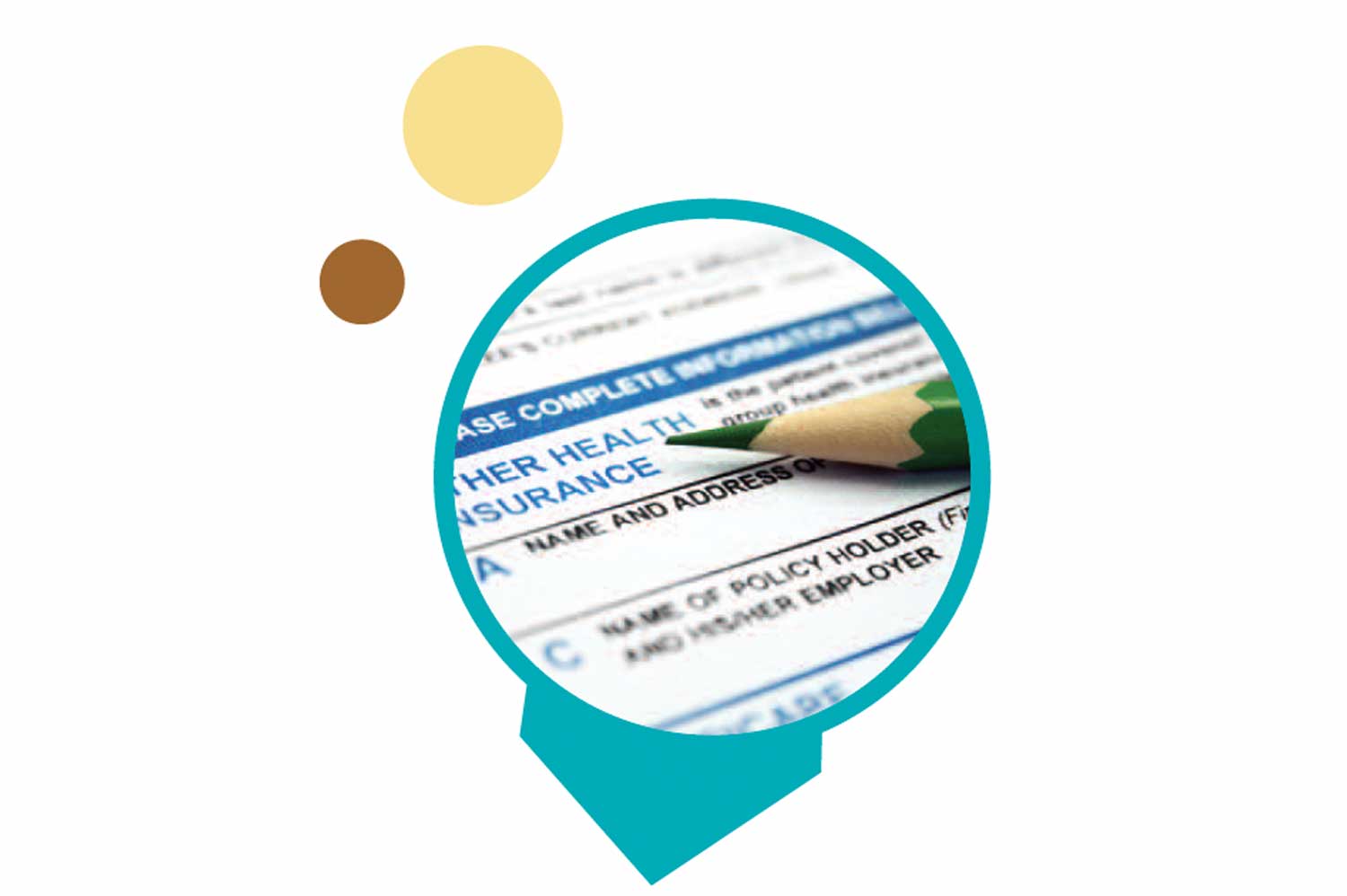 A financial bill of rights for patients