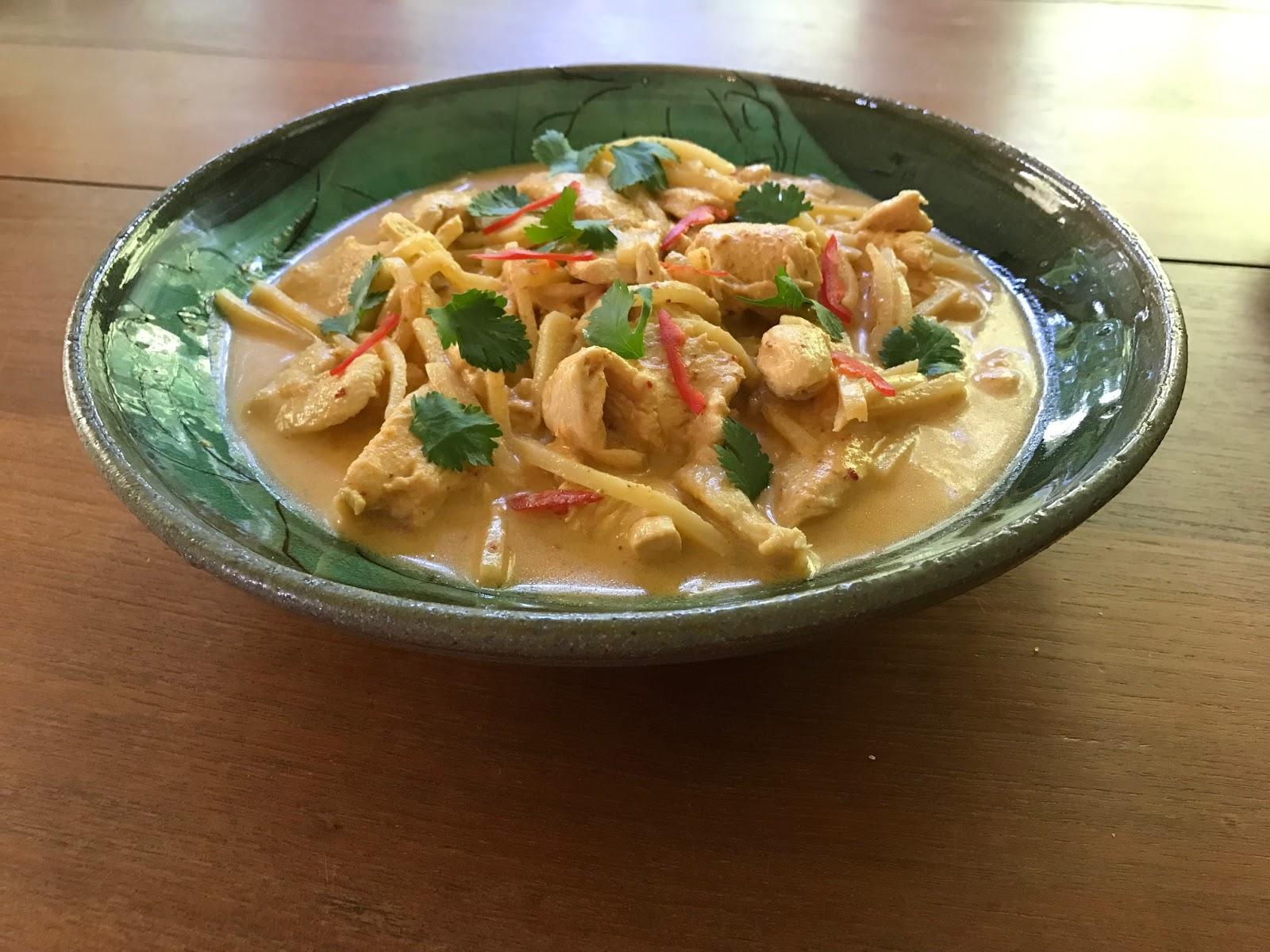 A chef’s experience: Cooking in the time of Covid

During the bizarre period since mid-March, with external activities crimped, I cooked a lot, gardened before the mosquitoes intervened, masked, distanced from most people, and traveled rarely. I’ll tell you about the cooking.

Before I retired as a medical epidemiologist at the CDC in Atlanta, I would have been engaged in the current public health emergency. Now, from a distance I’ve followed news, but mostly, I cooked.

Historically, self-isolation from epidemics has been creative for some. Michel de Montaigne, French Renaissance philosopher, diplomat and writer, reportedly created some of the “Essays” for which he became famous while sheltering away from the bubonic plague that decimated his city of Bordeaux, killing a third of its population. Shakespeare is thought to have written his fiercely gloomy “King Lear” while escaping from the plague of London. His theatre closed, it’s thought he may have completed “Macbeth” and “Anthony and Cleopatra” then as well. I, on the other hand, cooked.

At Donderos’ Kitchen, our family-owned Athens restaurant, I had typically busied myself with specialty cooking and Thursday “curry nights,” developed recipes, occasionally taught, filled in where needed, and shopped weekly in Atlanta for exotic ingredients. My son-in-law Andrew and daughter Anna managed it, and our cooks and bakers prepared the food. I enjoyed the more leisurely role of executive chef.

Overnight, in the third week in March, we had to pivot from dine-in. Suddenly it was carry-out and window service. The usual predominance of the “Line,” of customers ordering breakfast and lunch items, disappeared. So did our busy catering, as university and public events evaporated.

Customers came by—cautiously at first—to the window or, if masked, into the empty restaurant to buy our frozen soups, prepared dinner items and desserts, and maybe get a fresh coffee or baked good. At Andrew’s direction, we launched a daily fixed-menu, fixed-price dinner that could be ordered and paid for over the phone, with home delivery in the late afternoon. It grew quickly.

Cooking those delivery dinners, creating the ever-changing menu, and ordering ingredients became my daily tasks, along with making specialty items for the freezer. Our line cooks and some serving staff, unfortunately, had to be furloughed. Several of our already lean staff had to self-quarantine for a time following possible exposures elsewhere.

In mid-March, as most restaurant, bar and catering business crashed, the food wholesalers lost much of their business. Large stockpiles of perishables became unsellable. At Donderos’ we prepped and cooked up everything we could and froze it, hoping for a future turnaround. We distributed excess food to staff, family and neighbors. Our collegial cooking community offered each other their excess consumables. We were given milk and fresh orange juice from a friend’s suddenly closed coffee shop. That started our milkshake business – which is continuing. Despite reduced service, we still needed ingredients. Our principal distributor, having lost 80% of its business, had spotty supplies – too much of some things, none of others, and lots of food near expiration. With supply chains disrupted nationwide, people hoarded. Scarcities increased in the meat-processing industry and agricultural sector. My challenge was to find available produce of reasonable quality that we could work into our growing delivery and frozen dinner offerings and figure workarounds for suddenly unavailable ingredients. For safety, as I’m 79, I stopped my weekly shopping trips to Atlanta, and we tried to minimize Andrew’s trips. We stockpiled critical ingredients that risked running out.

My cooking changed for a while. I improvised dishes using available ingredients, like cabbage, pork butt, frozen ground turkey. I depended more on canned and frozen ingredients. Chicken became expensive and beef virtually unaffordable. Vegetable supplies and quality were unpredictable, as were fresh herbs. And as ginger root and my supplies of Asian seasonings ran low, I had to learn the merits, and demerits, of unfamiliar brands and substitutes. But cooking in large quantity on constantly changing menus taught me beneficial tricks as well as things to avoid.

Discerning customer preferences for delivered meals took a while. Contrary to our expectations, comfort foods like stews, meatloaf, and mac and cheese weren’t selling; Italian and pasta items sold poorly. Maybe people sheltering in place were already cooking these or got them elsewhere. But Indian, Thai and Eastern Mediterranean became our most popular dinners and freezer items. Repeatedly making curries of all kinds, which sold best, strengthened my skill with spicing. Complex Indian dishes require eight to twelve or more individual spices.

Happily, indoor dining is returning somewhat. Food shortages are largely past. Distributors again carry most products, and at pre-Covid prices. Shopping at wholesale clubs and supermarkets is less scary, now that masks are required. Our restaurant’s Line is more active with diners taking their food to outdoor picnic tables or to the screened porch.

During this period, I continued to cook at home as well. Before Covid we held weekly dinner night at our house for our three families plus several extended family members. In mid-March it all stopped. Family dinners became virtual. I still cooked but set out food on the porch in returnable containers for pick up. For several months I increased that to twice a week since our family members included two emergency room nurses and a labor and delivery nurse. Being at increased risk of Covid and then of passing it to family, they kept their distance. But with the stresses they faced and their critical importance in those early days, I felt it important to support them where I could, by providing interesting food. Finally, in mid-summer we got the grandkids once again for Tuesday night dinner and games, and provided carry-home food and time alone for their parents.

When the shutdown hit, I shopped much less, depending on younger family members, plus I bought ingredients through the restaurant. Home cooking was generally only for my wife and me. We ate many leftovers and played card games after dinner.

This has been an amazing year. I’ve worked more and cooked more than at any other time. I have explored many more dishes, and cooked in more volume than I was used to. I have learned substitutions. I think we have provided tasty house-made food to people who could not go out for dining or even shopping. We also have gained loyal and appreciative customers. For some restaurants, including ours, this challenging time means surviving if not prospering. We look forward to coming out of the disaster and disruption strong once again. This was the dish I taught at my first international cooking class in Atlanta many years ago, for “Evening at Emory.” The curry paste can be homemade (but it’s tedious and requires hard-to-find ingredients), or it can be purchased in cans at Asian food shops. Cooks in Thailand nowadays typically buy their curry pastes fresh from favorite market vendors rather than make them from scratch.

If you can get the ingredients (at Asian grocery stores, such as Fooks Foods in Athens, GA), making this curry is actually very easy, especially compared to Indian curries. Thai curries generally please American diners, as long as the pepper heat is considerably reduced from what is usual in Thailand.

The recipe will serve eight or more, but leftovers are treasured. Serve with unsalted rice, preferably jasmine rice.

1/2 (4-ounce) can (or more) Thai red curry paste (freeze the rest for later use, wrapped in plastic)

1 can of water or unseasoned chicken broth

Add a little oil (1-2 teaspoons) or chicken fat to a pot, and over low heat fry the curry paste, stirring very frequently, until fragrant and the oil separates out a little (1-1/2 to 2 minutes). Add half of the coconut milk and stir it in well. When combined and bubbling add remaining coconut milk and let the sauce return to a bubble. Increase heat and add the water or chicken broth. Add the drained bamboo shoots. Simmer for 5 minutes, stirring occasionally.

Taste the sauce and add a little fish sauce, salt or sugar as needed, making the sauce slightly salty (the chicken will continue to absorb some salt). The sauce should also have a slight sweetness. Let the curry sit at least 20 minutes (better overnight, in refrigerator).

Before serving, reheat gently (microwave or top of stove) with occasional stirring, just until it reaches a boil. Remove from heat. Serve the curry in an attractive shallow bowl garnished with thinly sliced red chili pepper plus picked-off cilantro leaves. Accompany with unsalted Jasmine rice (see my blog post on rice) and a stir-fried vegetable dish.

Check out Tim’s new recipe blog at timdonderosrecipes.blogspot.com. He has dozens of recipes with stories about the dishes and photographs. 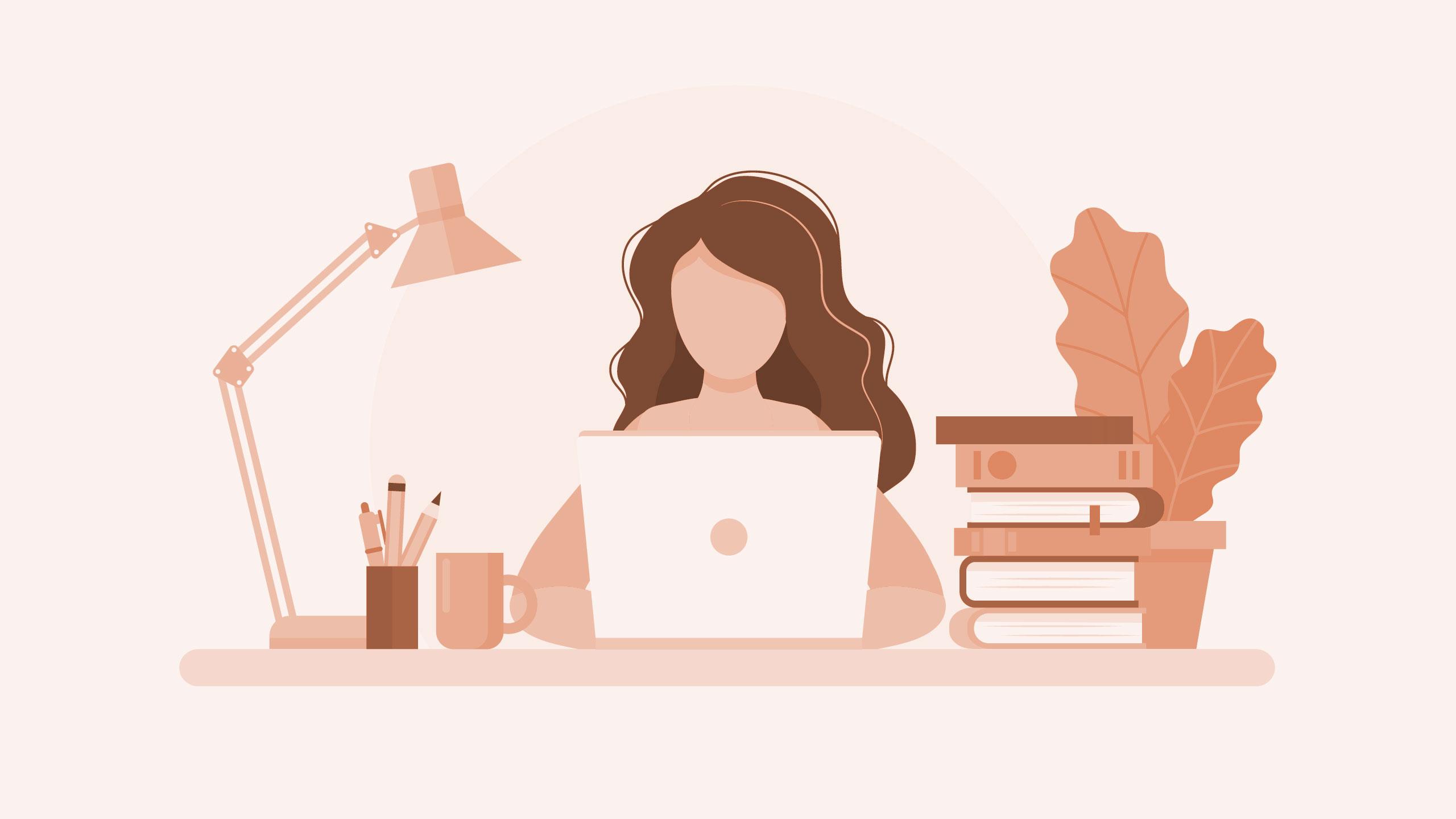 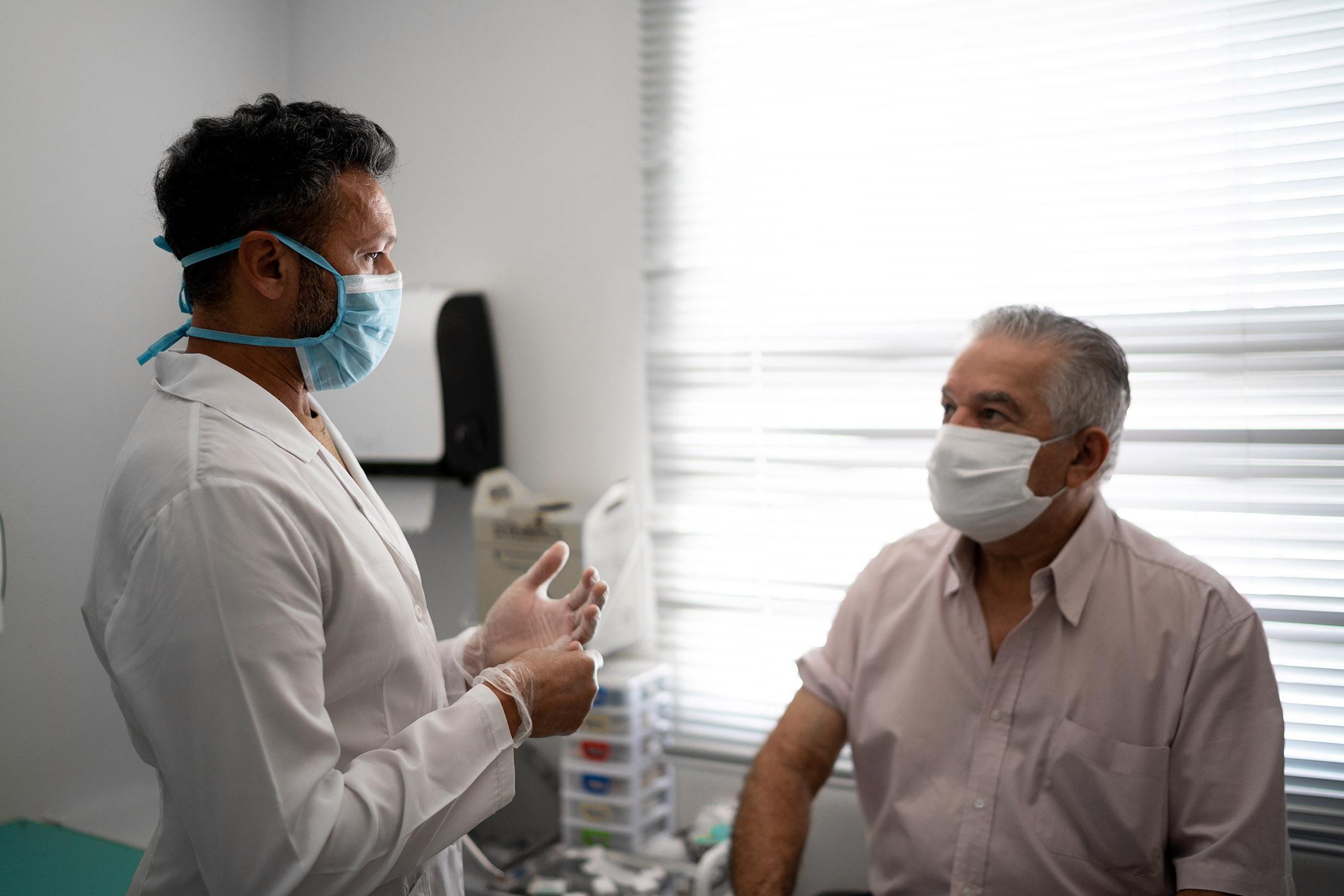 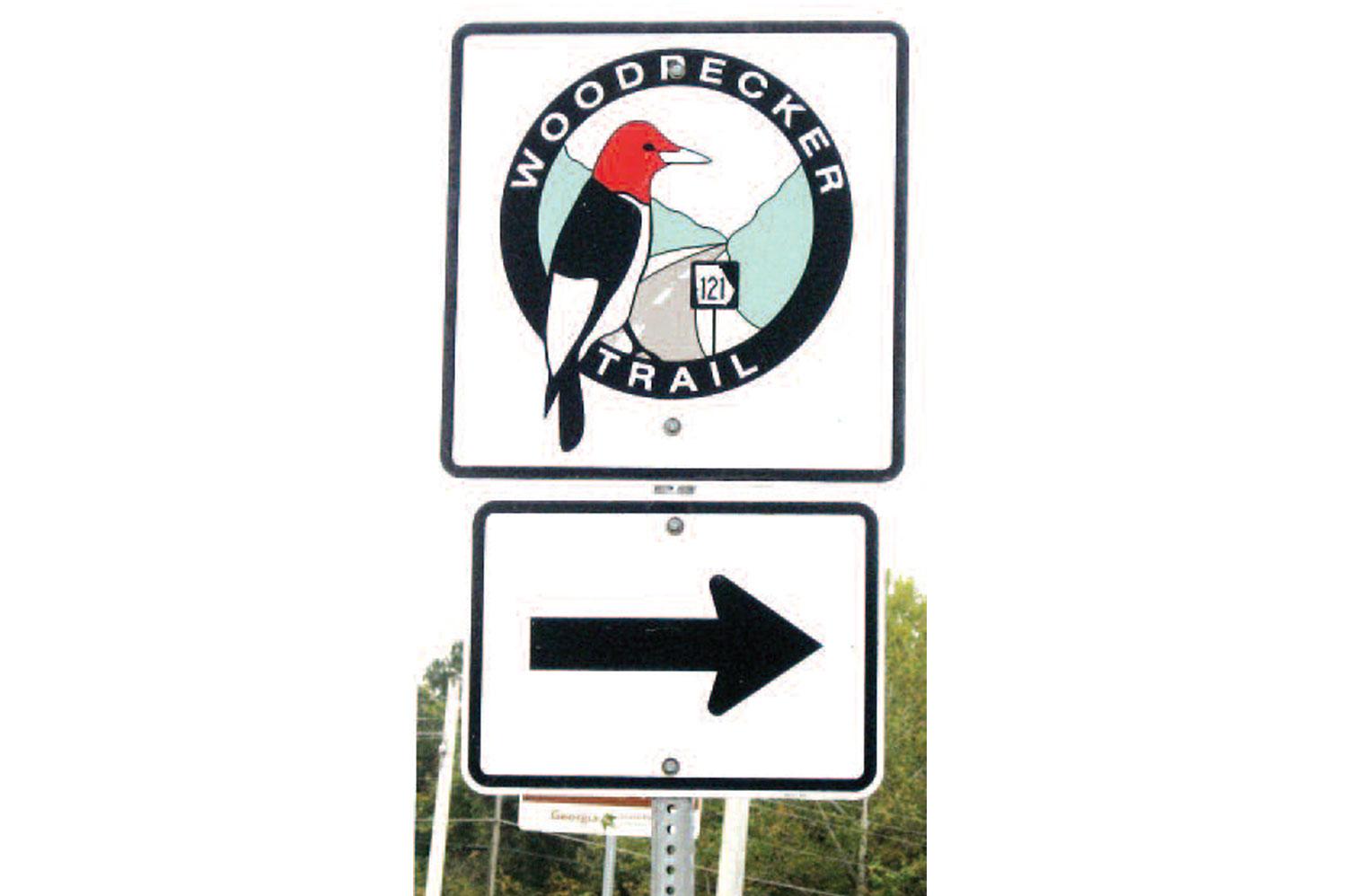