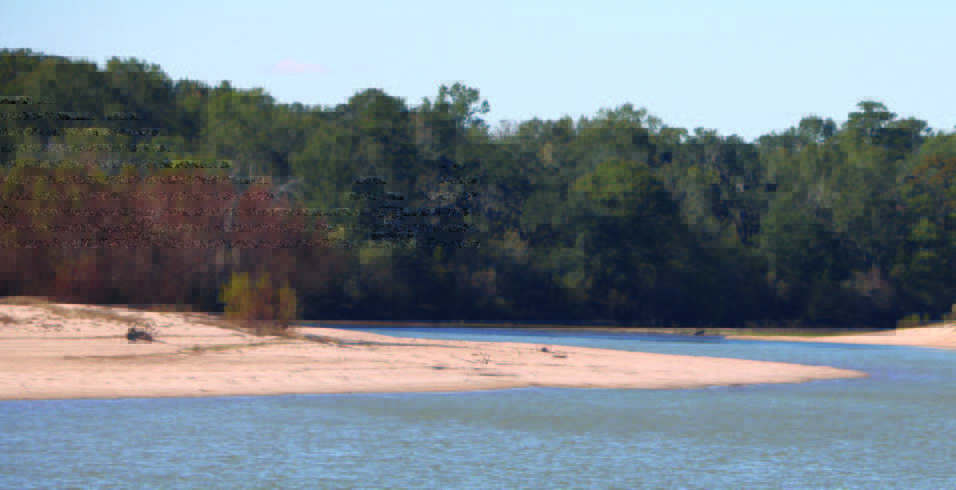 The Fall 2018 issue of BoomAthens carried our piece about the northern part of Georgia’s historic Woodpecker Trail (Highway 121). Now we visit the 140-mile southern half of this scenic roadway that has been in continuous use since the early 1900s. In fact, the Woodpecker Trail is older than famed Route 66! This article highlights points of interest you can encounter along the way.

Beginning in the quaint town of Metter, located just off I-16, you’ll encounter Guido Gardens and nearby George L. Smith State Park. From there, about 20 miles south in Reidsville is Gordonia-Alatamaha State Park. Amid its superb 18-hole golf course and other amenities you can check out unusual insect-eating pitcher plants in an extensive bog. (Note that the “Alatamaha” spelling in the state park’s name is correct, even though the nearby river by a similar name is spelled “Altamaha.”) As you travel south to the famed Altamaha River you experience Georgia’s agritourism. Both the Woodpecker Trail Olive Farm and Watermelon Creek Vineyard are located 12 miles south of Reidsville near Glennville. You can purchase a variety of local products from them and other area providers.

And then, there is the Altamaha River: over 130 miles of unparalleled beauty, formed by the confluence of the Ocmulgee and Oconee Rivers. Emptying into the Atlantic Ocean at St. Simons Island, it is the third largest contributor of fresh water to the Atlantic Ocean in North America and is a critical habitat for bald eagles, swallow-tailed kites, and red-cockaded woodpeckers. The Altamaha is rich with wildlife, largely because there are no man-made dams anywhere along its entire course – a rarity in North America. If you need a boat ramp or landing facility, you can find them alongside the Woodpecker Trail, as well as bait and tackle shops, picnic areas, and marked hiking trails. Launch your canoe or kayak, or just drive back to the river through Big Hammock State Recreational Area for a picnic, photography, or bird watching. It is no wonder The Nature Conservancy named the Altamaha River one of their 75 Last Great Places on Earth. Continue your southern leg of the trip through the small railroad community of Surrency and enjoy vistas of pristine longleaf pine forests in restoration, which are of majorimportance to the Georgia economy. Your next stop is Blackshear, unique as a premier “geocaching” location. This is a real-world, outdoor treasure hunting game using GPS-enabled devices to locate hidden ‘caches’, which can be as many as 50 in this area. Downtown you can visit a historic 1894 jail, along with many antique stores within walking distance of plentiful free parking (after all, this issmall town America). A reportedly haunted funeral parlor is yours to tour in the fall. And, if you are a Civil War history buff, you can visit a nearby former prison camp site.

From Blackshear your drive takes you on to Hoboken, home to Laura S. Walker State Park – Georgia’s first state park named for a woman. Located near the northern edge of the mysterious Okefenokee Swamp, the park’s 18-hole golf course uses native sand for its bunkers.  With three large lakes and year-round mild weather, The Lakes Golf Course is very popular, once earning Golf Digest’s ranking of Best Municipal Golf Course in Georgia.

Walker State Park is home to many fascinating natural features, from carnivorous alligators to carnivorous pitcher plants. Your walk or bike ride along its lakeside nature trail reveals numerous varieties of oak trees, saw palmettos, yellow shafted flickers, warblers, owls, great blue herons, and countless other wonders. You may even see a shy (and endangered) gopher tortoise. You can also enjoy the lake for fishing, swimming, and boating. Kayaks and bicycles are available to rent. The park is a superb place to spend the night to wind down your Woodpecker Trail trip. You can watch beautiful sunrises above the pristine lake from your campsite or cabin.

But it’s not time to turn in yet . . . just 13 miles south is Folkston and its famous Folkston Funnel. The Funnel is a double train track that serves as the main artery for railroad traffic into and out of Florida, with 70 or more trains every day. People from all over the world use its viewing platform year-round to watch trains pass through. The platform features a scanner to hear radio traffic between trains and has adjacent picnic tables, a grill, and new restroom facilities. You can also watch train traffic from the restored Folkston depot located across the tracks from the platform.  From any of the available vantage points, try accurately counting just how many rail cars you see.

Folkston hosts the eastside entry to the Okefenokee National Wildlife Refuge, established as a “refuge and breeding ground for migratory birds and other wildlife” in 1937. Natural beauty and wilderness prevail here like no other place on Earth. The Okefenokee’s stated vision is “to protect and enhance wildlife and its habitat, to ensure integrity of the ecological system, and to embrace the grandeur, mystery, and cultural heritage that lead to an enrichment of the human spirit.” The swamp forms the headwaters of the Suwannee and St. Marys Rivers. Its habitats provide for threatened and endangered plant and animal species like the red-cockaded woodpecker, wood storks, indigo snakes, and many others. In fact, more than 600 plant species have been identified there. The Okefenokee is also world-renowned for its amphibian populations, critical bioindicators of global health. That’s sand, not snow, on the grounds of this mid-1800s homestead.

A fun tidbit of information is that the comic strip Pogowas based on animals living within the Okefenokee Swamp. Pogo the Possum and Albert the Alligator were two characters. Real people DID live in the swamp, like the Chesser family, whose late-1850s homestead is largely preserved on the 592-acre Chesser Island adjacent to the Okefenokee. You will be amazed by views from Owls Roost Tower at the end of the island’s ¾-mile boardwalk into the swamp.

It is well worth the entire southern Woodpecker Trail trip just to see this amazing wonder of nature, with 353,981 of the Okefenokee’s 402,000 acres designated a National Wilderness Area. In 1981 the refuge was included as a Wetland of International Importance by the Convention on Wetlands treaty because it is one of the world’s largest intact freshwater ecosystems.

If time allows, drive the last few miles past the village of St. George and into the southernmost part of Georgia. An eerie remoteness extends to the Georgia-Florida line at the St. Marys River.

So much is yours to see along the entire 240+ miles of the Woodpecker Trail. While our two articles highlight many points of interest, surprises are always there to be found. Maybe you will see the mystifying lights in Surrency. Or, if you are one of the dozen or so humans on Earth that loves fruitcake, world-famous Claxton fruitcakes are baked just a few miles off the trail in Claxton, Georgia. Each exploration is rewarded with new discoveries on the nearly 100-year-old Woodpecker Trail. Don’t miss a chance to travel “back in time” and discover a “way of life designed in Heaven,” as Warren Harvey sang in his song “The Legend of the Woodpecker Trail.” 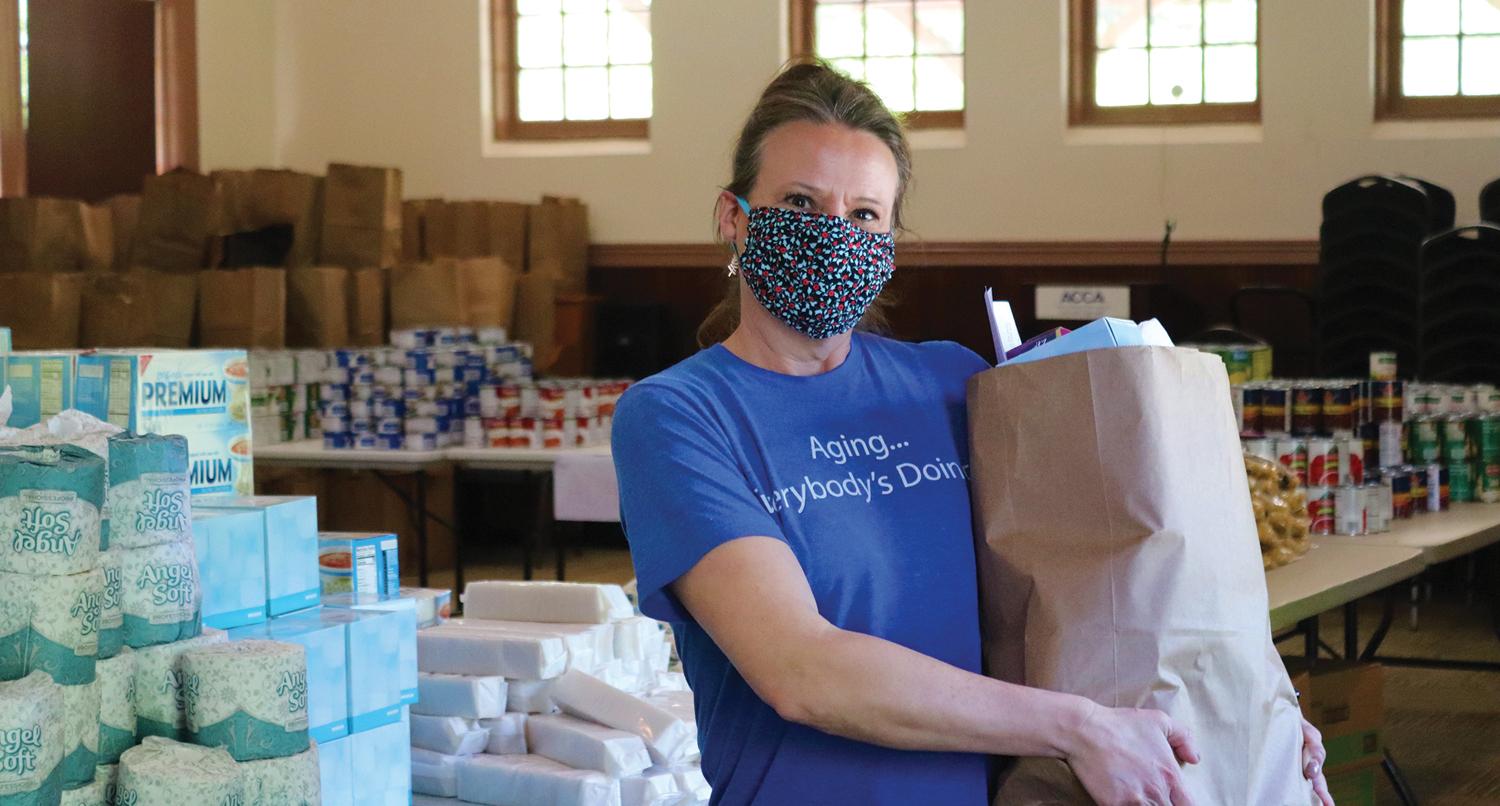