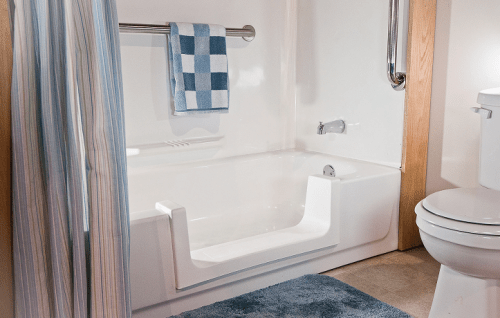 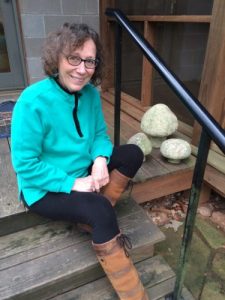 Staying in your home takes planning and professionals. A stair rail has been added to Nancy Hunter’s deck.

Should you downsize and move to a smaller house, or renovate your current home to suit your needs as you age? A vexing question but one more and more baby boomers are facing, and according to a 2015 Merrill Lynch report, an estimated 36 percent are planning to stay put. Furthermore, baby boomers spend more money than any other group on renovations, accounting for 47 percent of the home renovation market, and spending $90 billion annually.

The cost of renovations can vary greatly depending on the particular home and resident’s needs but local experts say the earlier the planning begins, the easier and more cost effective the changes.  In fact, if done correctly and early enough. the renovations can  even produce a separate income stream, according to David Lunde, 78, a retired architect and former director of campus planning at UGA.

Lunde presented at an Osher Lifelong Learning Institute class designed to help seniors plan the remodeling of their home to fit their changing lifestyle.

He advised that the first planning steps are the same for all situations: Create a list of needs and desires, and include everything, even if it can’t all be done immediately. Prioritize needs and be sure early changes will allow for later modifications.

“Do it in phases while you are young enough to do it,’’ Lunde said. Starting early makes the process easier, and if an “income suite’’ is incorporated into the early planning, it can help pay for itself and later renovations. Such a suite could be leased, and in later years it could be converted to a residence for a live-in helper.

Long-time Athens resident Kathy Smith, 61, attended Lunde’s class because she wants to stay in her home as she ages. She cared for her brother, an Alzheimer’s victim, for eight years until his death in 2012. Some of that time he spent in a wheel chair and she knows that if she wants to stay, changes will have to be made to make the master bathroom on the first floor wheelchair accessible. Like Smith, many of the questioners during Lunde’s presentation asked about bathroom renovations, as well as upstairs accessibility. Lunde provided the class with a list of renovation ideas:

Ronnie Ogletree has been helping seniors renovate for 10 years, and has found that evaluating a house with a local Certified Aging in Place Specialist (CAPS) is the best way to start. The CAPS program was started by The National Association Of Home Builders in 2002. Ogletree and the specialist work together to evaluate  a resident’s needs and the house’s exterior and interior design.

“Starting on the outside” can mean installing a ramp or platform lift for wheelchair access to the house. Inside, “there are lots of inexpensive bathroom renovations that can be done,’’ he said, including installation of a fold-up seat in the shower, and a sliding rail system for sitting or standing.

For those homes with a tub/shower combo, a cut out for walk-in access can make bathing a lot safer. That renovation, along with grab bars, runs around $2,000, and given that one out of four Americans age 65 and older fall each year, it could be well worth the cost.

Elsewhere in the house, doorways and hallways that need to be at least 36 inches wide for wheelchairs can be modified with swing-away hinges, which add 2-3 inches of width for less than $100, Ogletree said.

With planning and the right home modifications, you can age in place and remain independent as long as possible. Nancy Stangle, 62, says she read one of the first books about cohousing published in 1988. “I have always had an interest in the idea of intentional community and protecting the environment,” she recalls. The Stangles and several other young families with the same interests began meeting in the early 1990s to explore whether they could create such a community in or near Athens where neighbors could support each other and the land.

Kenney Ridge became that community when a 132-acre farm off Tallassee Road came up for sale and the owner was willing to finance. By 1994, 10 families had invested,.

“We weren’t all young,” Stangle says. “We had good age diversity – some had grown children and were in their 60s. Two families had parents living with them and one family was three-generational.”

Cluster housing was considered but it wasn’t feasible so each owner has a two-acre lot and had their own house built. The old farmhouse became a place for meetings, socializing and and weekly potlucks that have continued to this day. There is a volunteer board of directors and several standing committees.

The group created some of the first conservation easements in the county. In fact, the Kenney Ridge effort eventually led to the founding of the Athens Land Trust.

Other features include trails on the 50 acres of open space, a playing field, community garden and now a community center to replace the farm house. There is one paved road, two gravel roads, no street lights, mowed walking paths and pervious driveways.

Nancy Hunter and Tom Edwards, now in their late 60s, moved from Atlanta to Athens in 1998 after reading about Kenney Ridge in an Atlanta newspaper.

“It’s been a wonderful thing in my life,” says Nancy. She and Tom as well as most of the homeowners had “aging in place” in mind when they built and thought of some of the issues – they didn’t think of everything, though.

After her mother and father-in-law died within the last two years, both requiring significant care, Hunter was motivated to reach out to her neighbors. She decided she wanted to try to create a formal system to address future aging-related needs in the neighborhood.

In September, ten households out of the 22 responded to her invitation to begin planning. After just two meetings they researched and implemented Georgia’s Yellow Dot Program. Each house with a yellow dot on its front door or window participates in the state’s life-saving program that alerts emergency personnel to a folder of contact and health information in that house.

Other ideas for upcoming agendas range from recruiting a care giving couple to be part of the community to a central freezer in the community house that anyone could contribute to and access when necessary. Also up for more brainstorming and decision making are maintenance, technology, transportation, and of course, burial.

After resident Nancy McNair’s late husband Ray was cremated, she created a memorial garden in her yard for his ashes, which is legal. The neighborhood is now exploring a common memorial garden. 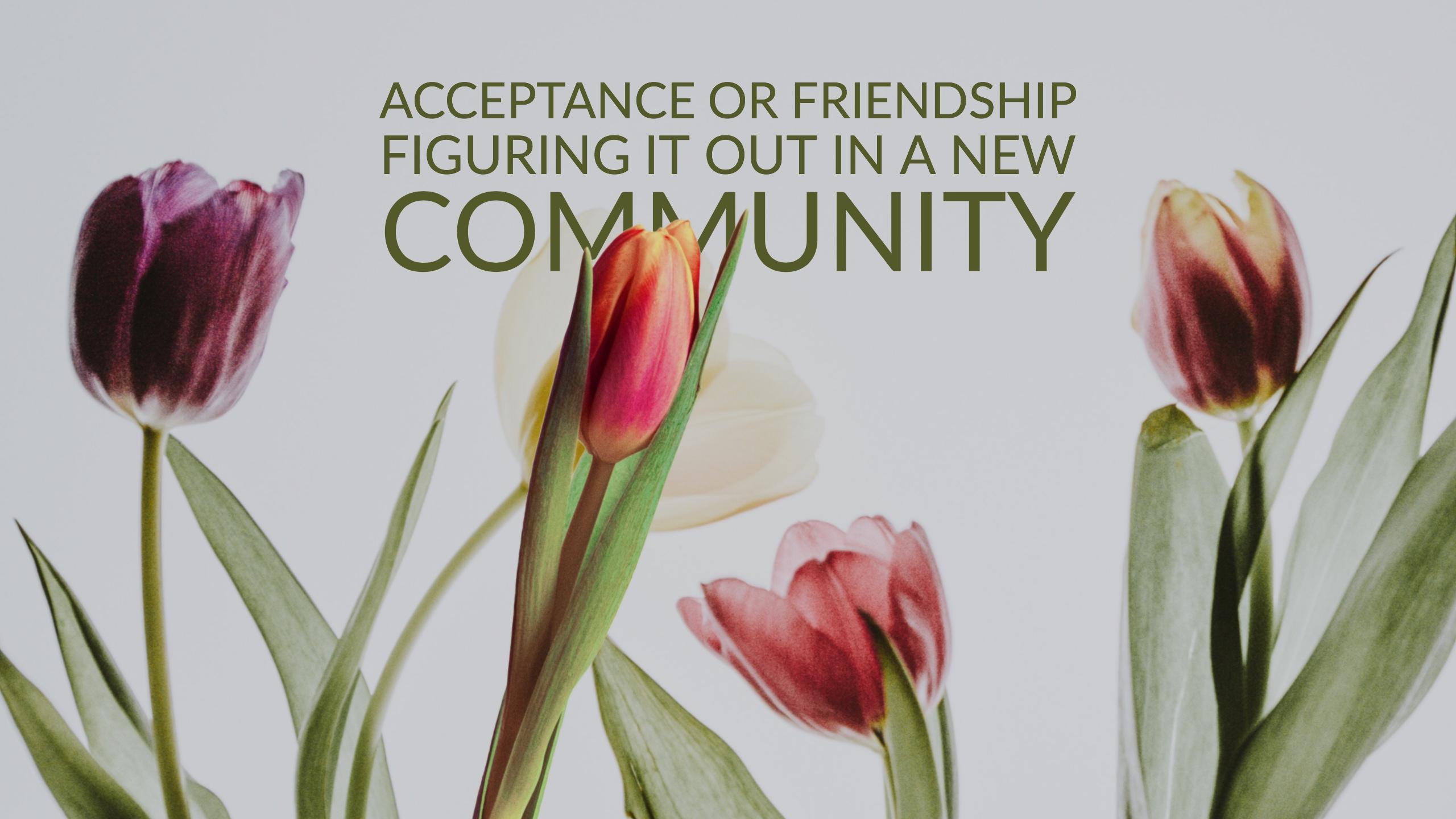 Acceptance or Friendship: Figuring it out in a new community 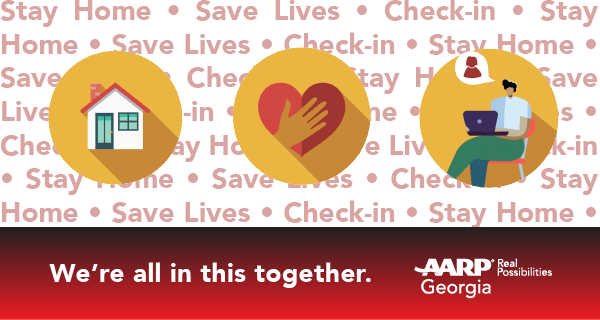