How many times have we heard, or said ourselves, “I don’t want to end up in a nursing home.” In fact, most of us don’t even want to think about it. As individuals and as a society, we don’t see them until we need them even though long-term care will be a necessity for most of us at some point in our lives. Suddenly, mom or dad, husband or wife, reaches a point where a nursing home is the only option. Then, we come face to face with the facilities we’ve ignored; we’re shocked and appalled at conditions. 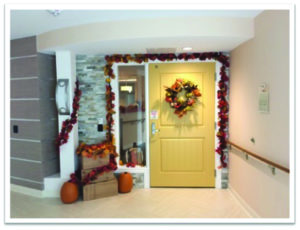 Now, the pandemic has focused a harsh, unblinking light on how we care for our oldest citizens, which is, or soon will be, us. Over 110,000 residents and workers in America’s long-term care facilities have died from the coronavirus so far—that’s 36 percent of all U.S. COVID-19 fatalities.

As government, healthcare providers, academics, and journalists begin to study what happened in nursing homes in 2020, the consensus at this point is that no one should be surprised. Fragile elders living in close quarters, sharing bedrooms, bathrooms and dining areas created a perfect storm. Worse, staff are underpaid, and many of them work multiple jobs, often in other senior facilities.

Families and other advocates have long complained of patterns of poor care and neglect stemming from rules and laws passed decades ago. Overstretched governments have not been able to provide adequate funding or oversight. The industry is one that is primarily for profit, providing little transparency.

AARP has recently published two in-depth articles on the nursing home crisis and what might be done to reshape the industry. One of their suggestions is to create small-house nursing homes, a design and a philosophy that began with the Green House Project, a nonprofit based in Maryland.

“We want a better choice” 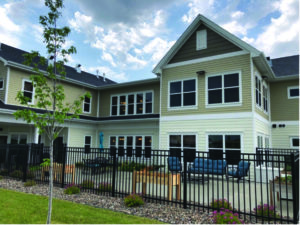 Four years ago, a group of Hall County seniors decided to organize and educate themselves about ways to improve long-term care in the county. The group grew out of a Greater Hall County Chamber of Commerce initiative called Vision 2030, which aimed to engage the large, retired population in the area with its growth issues. That initiative evolved over 15 years and through numerous projects into the Wisdom Project 2030, Inc., an independent 501c3 organization that is recognized as a national model for senior leadership and community involvement. One of their current goals is to bring Green House homes to Hall County.

“I want a better choice for me and my loved ones than what is currently available in the county.”

“I want a better choice for me and my loved ones than what is currently available in the county,” says Carol Hanlon, immediate past president of Wisdom Project 2030, and current chair of the Green House Committee. In her research, she has visited five Green House communities in five states.

The first Green House homes were built in Tupelo, Miss. in 2003. A Methodist social services agency had been preparing to tear down and replace an old nursing home with a large, new facility. After hearing Thomas speak, CEO Steve McAlilly, was inspired to reconsider. With the help of Thomas and the Robert Wood Johnson Foundation, Traceway Retirement Community opened.

Since then, the number of Green Houses has grown to 58 organizations in 32 states operating 78 Green House campuses. Susan Ryan is the director of the National Replication Initiative for the Green House Project, which was initially funded by the Robert Wood Johnson Foundation with the goal of leveraging the lessons learned and ensuring consistency in replicating the model.

“We’re the team that puts together the technical assistance package, the consulting that supports those who want to build Green House homes across the country,” she explains.

Most campuses use ranch-style home designs although a few in urban areas such as Chelsea, Mass. and St. Paul. Minn., have created high-rise structures containing multiple Green Houses. 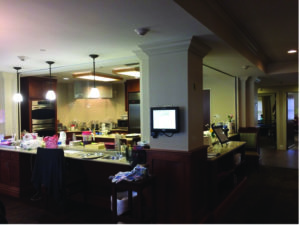 Various studies throughout the last decade have been showing solid outcomes. These range from fewer hospital admissions, significant declines in the need for catheters and the incidence of bedsores to much higher levels of resident and family satisfaction. Other studies have found that Green House residents were able to take care of themselves for longer in their lives compared with traditional nursing home residents. They were also less likely to be depressed.

The most recent study by the University of North Carolina Program on Aging, Disability, and Long-Term Care has found that residents of Green Houses are far less likely to be infected by the coronavirus and to die from it than residents of traditional nursing homes.
Ryan says the organization has never had more media coverage than during the past year. Grassroot groups like the one in Hall County and another in Colorado have been attending the virtual organization-led meetings throughout 2020. “They are persisting, and we’re finding that some local jurisdictions might incentivize an effort by donating land.”
While big chains are not seeking out this new paradigm, many owner-operators are saying, “We want to equip developers with what they need to go forward.”

“Baby boomers have always upended industries throughout their lives,” Ryan notes. “We have to activate consumers who aren’t willing to settle for the traditional institution.”

Next steps for the Wisdom Project

Hall County’s 65+ population is growing exponentially, but according to research from the Milken Institute School of Public Health, the county has fewer skilled nursing beds available than the national average (38 vs. 50 per 1,000 residents over 65).

The Wisdom Project citizen-led committee has been working steadily on the initiative for four years, doing research and meeting with legislators. The big stumbling block to new construction, according to Hanlon, is the Certificate of Need (CON), a state regulation that she says has resulted in prohibitive barriers to the building of any new skilled nursing facilities. All the five existing facilities but one have the older traditional design with long hallways and semi-private rooms. Most of the facilities are owned by for-profit companies or real estate trusts.

“We believe that with the significant increase in our population of people aged 65 plus that Hall County needs more nursing home options,” contends Hanlon. To that end, the next step for the group is to contract for a preliminary marketing and feasibility study to provide supporting data.

“It’s a learning journey and the more we learn, the more committed we become to having a Green House option here,” Hanlon says.

Betsy Bean
Betsy Bean completed graduate school at UGA in 1972. She was a school librarian for a year and then became a rock and roll DJ for the next 10. Subsequently, she worked as a reporter for the Atlanta Journal/Constitution, followed by public relations and marketing and newsletter publishing and was, more recently, the downtown development director for the City of Anniston, Ala.