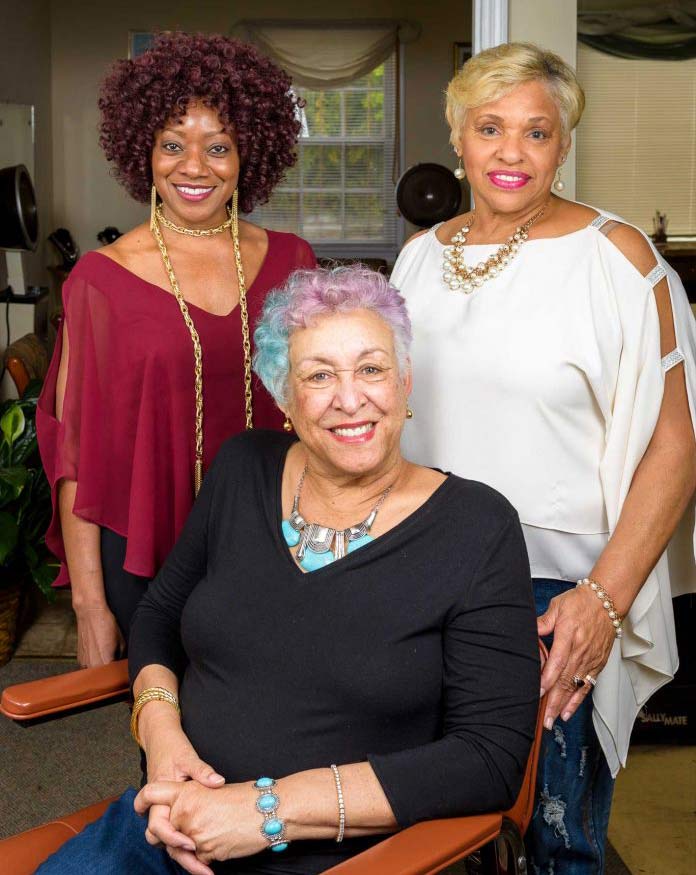 Not stopping now! Boomers in Business

After a major economic slump late in the last decade, the economy has rebounded in a big way and Boomers are right in the thick of the upswing. At an age when previous generations were considering retirement options, many of the modern 50 plus crowd are still going full steam ahead with ongoing businesses or they’ve even launched encore careers.

There are many reasons that Boomers continue to work. Sadly, some who prepared for retirement lost the bulk of their resources due to the 2008 downturn. They must both rebuild and generate income. The nest eggs that were supposed to see them into comfortable retirement simply aren’t there. However, for some there is just no desire to stop moving. The challenge of starting a new business or the ability to finally realize a dream can be what the Golden Years are all about.

A survey by Guidant Financial revealed some interesting information about business owners 50 and older. According to the survey, 43 percent reported they were ready to be their own boss, 42 percent wanted to pursue their passion, 22 percent were dissatisfied with corporate America and 15 percent were laid off or let go. This information indicates that as a group Boomers are intent on contributing to economic stability and have no desire to slack off in later years.

Marian Walker, 58, enrolled in the cosmetology program at Athens Tech right out of high school and began work in a local beauty salon not long after. Goldie Newsom, 69, had taught school but decided to change careers, and apprenticed under Marian. By 1986, the two had worked together for two years and decided they were compatible enough and ambitious enough to go into business with their own shop, which they named Shear Performance.

“It was about trust – that someone will do what they say they’re going to do,” reflects Walker. The two were in a rental space for 10 years, with a couple of employees at various times. In the beginning, “it would make us physically ill,” when having to discipline or fire someone,” recalls Walker. “We got better.”

A change of ownership in the strip center they were in prompted them to start looking for their building. The new landlord turned out to be “macho and seemed to have an issue with women in business.”

With the help of Goldie’s husband, Joe, who was an accountant and kept their books, they began looking, and found a building on Prince Ave. But their local bank wasn’t eager to lend to them. When they didn’t hear anything back, the bank’s loan officer said the bank had lost the application. In the meantime, the owner/agent of the building they wanted, spent their earnest money. The woman had the nerve to say they didn’t appear to need the refund since Goldie had a new Cadillac.

A call to the state professional association got them their money back. They found their current building, a small house, commercially zoned on Hawthorne, and a SunTrust officer just asked how much they wanted to put down. Twenty years later, it’s nearly paid off and “we still have some of our same customers,” notes Walker. “We’ve been on salary all these years and worked like we worked for someone else.”

Through three surgeries, two children, and the death of Joe in 2014, the partners have survived and thrived. “When he got sick, he told us what to do,” explains Goldie. Although past retirement age, she says she plans to keep working as long as her “health and mind are good.” Marian adds, “she feels responsible for me.”

Leslie and John Lawson at HIP

Leslie and John Lawson are in their late 50s and can’t imagine slowing down. The owner of Hip Vintage and Handmade, an eclectic antique store and makers market in west Athens, Leslie says that many things motivated their decision to start a business after 50.

“We’ve lived like hippies for so long and we didn’t start saving until later, so this IS our retirement plan. I don’t think I’m the kind to do nothing.” Enjoying both a farm in the country and an in-town business, Leslie says, “I have the best of both right here in Athens.”

The essence of Hip is that it is a walk-in, touch stuff business, so the Lawson’s online presence is minimal. Marketing, according to Leslie is done mainly on Facebook, in print, and on Instagram. Leslie says that while she appreciates the concept of a world market, she finds more value in keeping her efforts closer to home.

“There are probably better ways to market, but people around the world aren’t going to walk through the door – it needs to be a human being in Athens.”

Capitalizing on their experience as artists and using knowledge and resources from John’s contracting and building design career, the Lawson’s decided to incorporate all of the things they value into the concept of Hip.

“I decided, let’s just put everything in here that I like. It’s just been fun.”

But the Lawsons are the first to admit that fun doesn’t pay the bills. Hip may be the highlight of their retirement plan, but it is the result of a lifetime of artistic training and antiquing experience. One of the resources that the Lawson’s found valuable when starting Hip was the UGA Small Business Development Center (SBDC) in Athens. The center offers no-cost consulting and low-cost business and educational opportunities to small business owners.

“They were an amazing help,” Leslie says, adding the consultant helped them map out a business plan, and educated them about insurance and various legal issues. Help with start-up or growth

Laura Katz is SBDC Area Director. A specialist in marketing and business development, Katz is one of a team of experts statewide that help people plan, execute and grow small businesses. From observation, Katz estimates that about 40% of the clients coming to the Athens office are Boomers.

“We don’t track by age, so that’s a guess,” she says. Of that number she estimates that they spilt at 50 percent men and women.

While most people think of small businesses as just the mom and pop stores, Katz says that under the Small Business Administration definition, about 90 percent of businesses in Georgia qualify. That includes almost every business not owned by a large corporation – the only restriction is that a business must be for-profit.

The Center offers a wide variety of assistance from helping to create business plans to providing research on demographics. The only matters that they don’t consult are those involving liability.

“We are not allowed to give advice on tax or legal matters,” says Katz. “We can give referrals of people we know or clients have recommended.”

To keep costs down, Katz recommends that business owners keep their own books online and draft their own legal papers so that visits to CPAs and attorneys are kept to a minimum. The more that is done in-house, the more savings. One of the most valuable services the Center offers are proprietary databases for market research, financial templates and industry standards, all of which are offered free. However, one task that Katz recommends that Boomers hire out is technology support. Unless it’s of particular interest or a personal skill, Katz says digital marketing is not the place to skimp.

“Hire a millennial for posting on the internet. You can provide content and hire out the actual task. Spend money on your website – it’s your calling card these days. A poor website will reduce credibility and reduce exposure when people search for you.
When starting a business, Katz recommends being cautious with retirement savings. Because start-up businesses have a huge failure rate, Katz says doing research is extremely important to success.
“Do your research ahead of time. People get so excited about the idea of their business that they rush in and they don’t think it through. Don’t get so caught up in the dream that you don’t do your prep work. It’s better to do it on paper before you lose everything,” says Katz.
The most common reason that new businesses fail is that people don’t plan well, she points out. Choosing bad locations, not understanding the amount of capital needed, and what the cost of doing business will be are all factors in how likely a business is to fail. And one of the current challenges that face new business owners is the low unemployment rate. “Finding good people and keeping them is difficult,” says Katz.

“Our job is to help them understand what they are getting into. We want them to grow and be successful.” At age 50, Brad Tucker, owner of Georgia Square Collision bought out a partner when their car dealership sold. He switched gears and retained ownership of the collision repair center that had been affiliated with that dealership. Although he had experience in car sales for 35 years, the collision center was completely new to him.

“This business was a real change in the set of problems that I was used to dealing with. It was challenging and invigorating.”

One of the steepest learning curves for Tucker was understanding digital marketing. “You have to constantly be aware of trends. You never stop developing your website. Website is never off your list. We just released our fourth build in six years.”

Tucker says that although he doesn’t design his website, he must understand every aspect of the digital side to be sure it’s running properly. “I can’t design a website and don’t ever intend to but I have to know enough to vet service providers.”

For four years Tucker did all of his marketing alone. After research and education, he now has what he considers a two-pronged approach: digital and networking. He hires out all of his digital marketing while he continues to network.

“The part that is not digital, the networking, the involvement in community activities, I do that myself. I think that is very important in a community like Athens. People like to do business with people they know.”

According to Tucker, customer service is the key to success in business. The accessibility of goods and services makes it challenging to bring in customers. Margin compression and commoditization make it harder to earn every dollar.

“Every business is harder to do than it was ten years ago,” says Tucker. “If you can only make a nickel instead of a dime, you have to double up to keep business running.”

The internet, he says, is the great blessing and the great curse of our age. “When it comes to products, the internet has completely changed traditional retail. The worldwide market place commoditizes everything and takes the margins out of any product. It’s harder to do business unless you’re huge. One of the reasons I bought this business is that you can’t get your car fixed on the internet. You have to come to the shop and that’s kind of old school.”

Incredible numbers of baby boomers are buying and selling businesses, according to the California Association of Business Brokers. Some statistics: 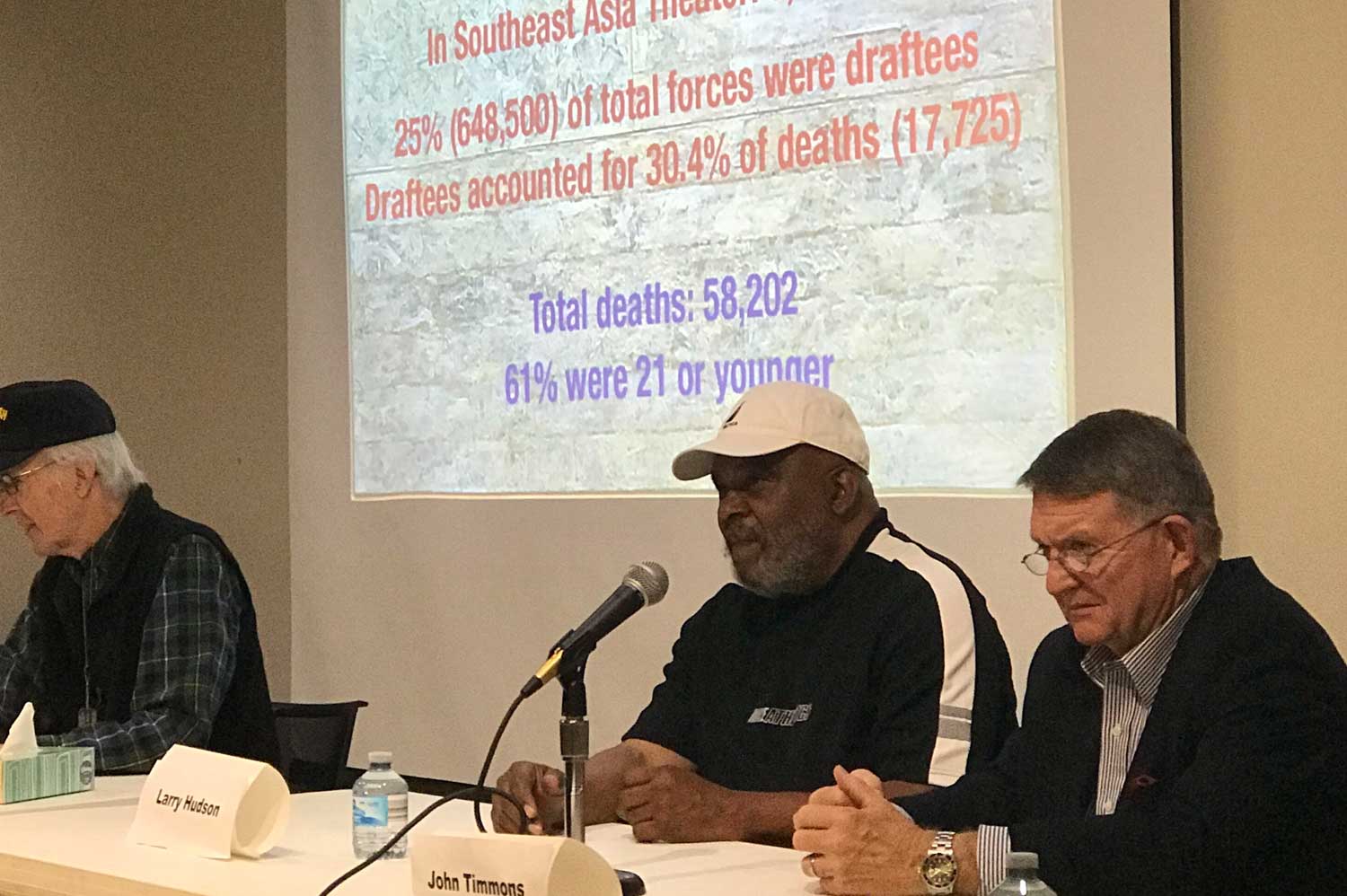 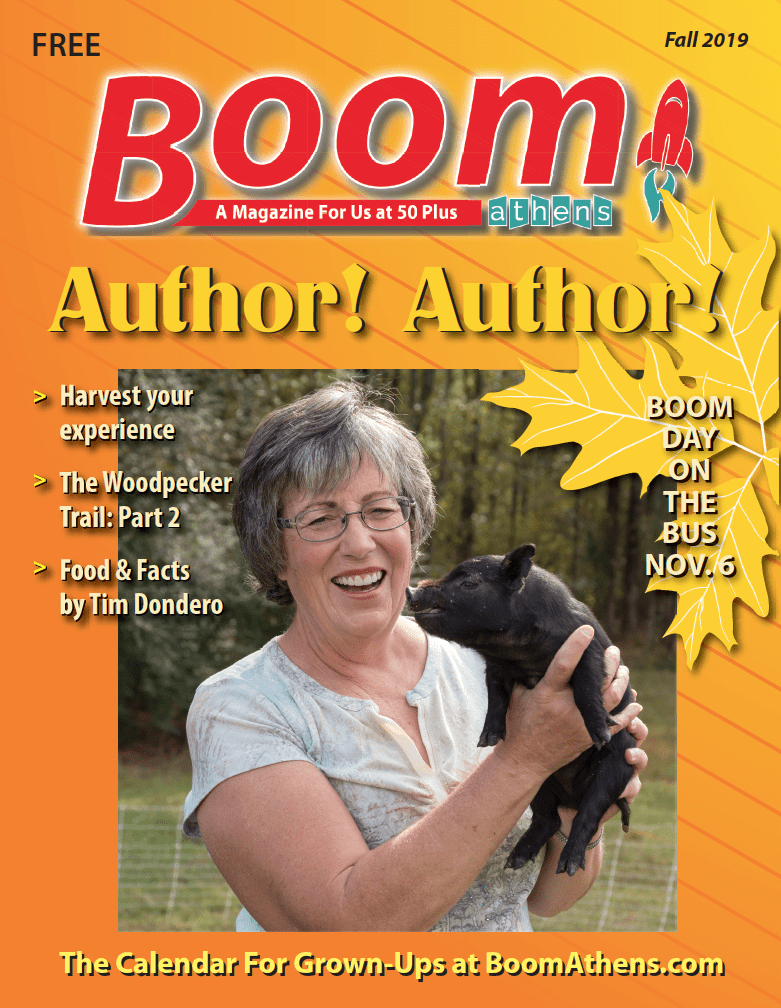