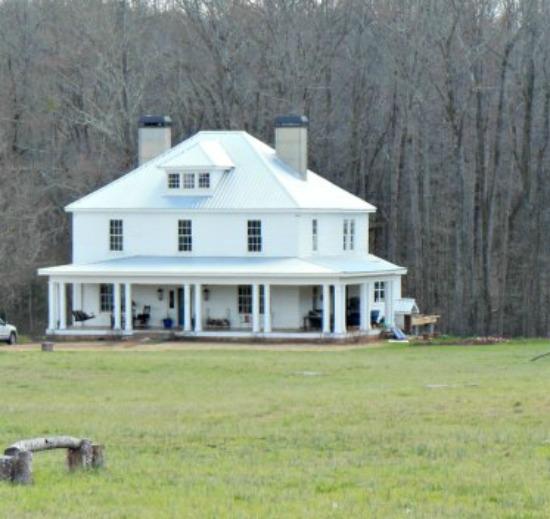 While many boomers are downsizing their living space or are planning to do so, Tom and Beth Allen have enlarged theirs. In fact, they actually found a two-­story historic house, cut it in two, moved it over one county, set it down on 30 acres, and put it back together again. Whew!

The Allens (he’s a private pilot and she owns a hearing aid franchise) had lived in Five Points in Athens since the mid­90s but had long wanted to have an old “home place” in the country. In 2013, they found the land in Oglethorpe County but had found no home for it. Then, at the property closing, the real estate agent mentioned an old house in Clarke County and the owners’ desire to give it to anyone who would move it. Known to many as “the old Hardeman house,” on U.S. Highway 78 east of Athens, it had been sitting vacant and deteriorating for 20 years. The investors who had bought the land for development had no use for the house, and while many had inquired about moving it, no one had followed through with a serious proposal. “When we saw it, we wanted it right away, ” Tom Allen recalls. “We’re big porch fanatics. The rooms and hallway were big. It was dry and the floors were level. As the mover said, “it has good bones.”
Research revealed the house was built as a two­-over-­two I­house* in the 1850s but was remodeled in 1908 by the Hardeman family into a four-­over­-four. Kitchen and bathroom additions also had been made to the core structure over the years. Front of house before move and before the original porch was removed.

It took two months to track down the owners and get a call back, but with Tom Allen’s persistence, an agreement was signed in early 2014 that required only that the site be left clean. After getting five costly quotes on moving the house 26 miles to their new acreage, the Allens chose the sixth one by James Casey and his company, People’s Choice Home Movers in Canon.

Casey proposed two cuts to the house instead of four as the other companies suggested, which saved the Allens thousands of dollars. Nevertheless, it cost $50,000 to move the house and another $50,000 for carpentry, foundation, and other work – the crane alone cost $20,000. Before: Waiting to be cut in two!

The only surprise in the whole undertaking was the discovery of five roofs, which were removed when the second floor was cut off and moved to ground level. While some of the plaster was lost in the jostling, much survived with just some easily repaired cracks. Poorly constructed additions that had been added to the home were torn off, but the porch and its 17 columns were saved and reattached with a new roof. Most of the 22 windows are intact, and Allen himself is restoring those and replacing the lost ones with matching reproductions. All of the fireplace and chimney bricks (10,000!) were saved and are being reused in a variety of projects. The bead board ceilings, floors, woodwork, and pocket doors are all yellow heart pine.

From start to finish, the whole endeavor took about nine months, including the dismantling of additions, the cutting in half, the construction of a new foundation, the move, additions for an eventual kitchen and 3.5 baths, a new roof  and all new plumbing and electricity. And the cost was half of what a builder wanted to charge to build a copy with lesser materials. Sitting in new site, with new everything

View the slideshow of the Allens’ journey: 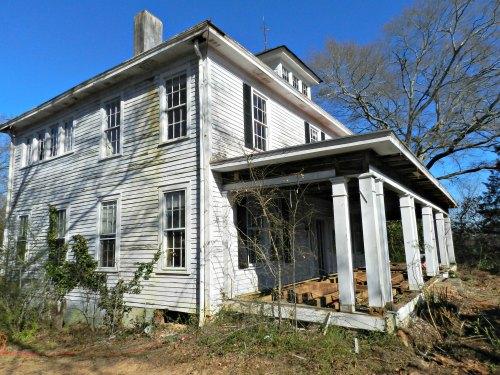 Front of house before move and before the original porch was removed. 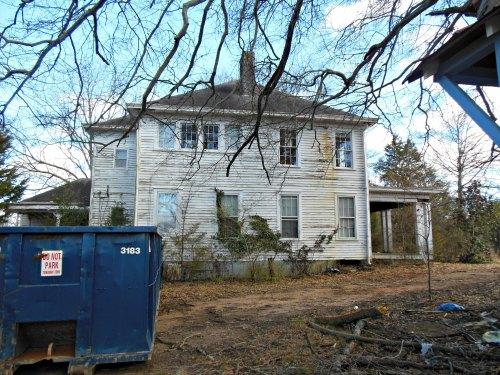 Awaiting move; prior to removal of old porch 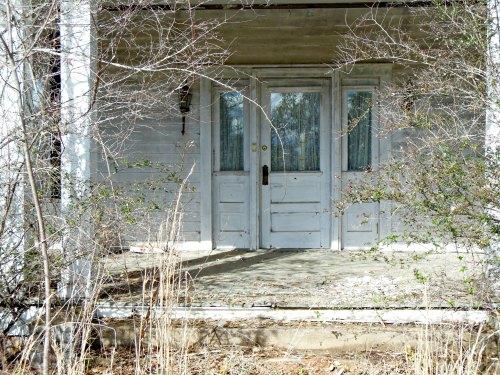 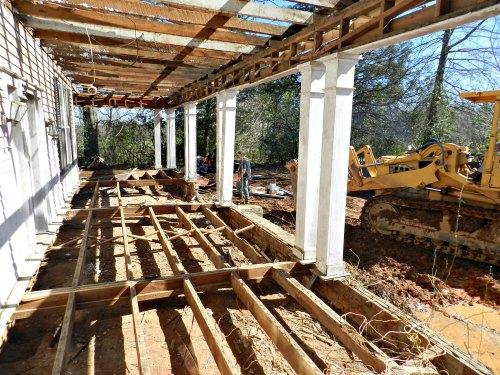 Removal of original porch from home prior to move. 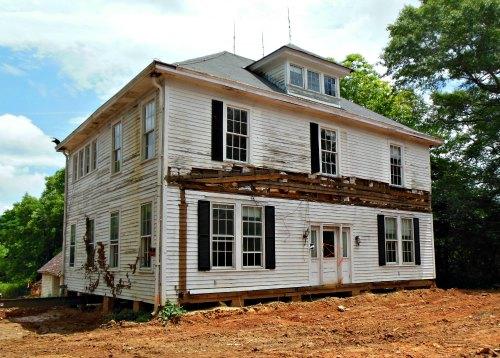 Front of house with porch removed 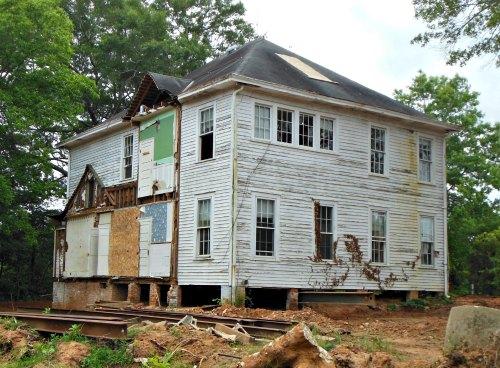 Before: Waiting to be cut in two! 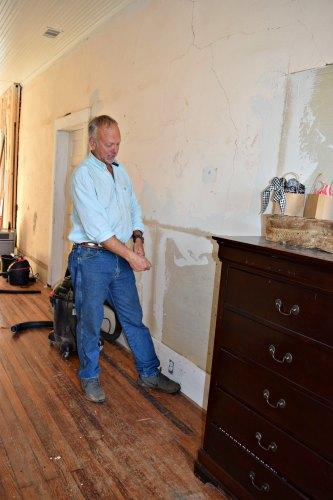 During the remodeling process 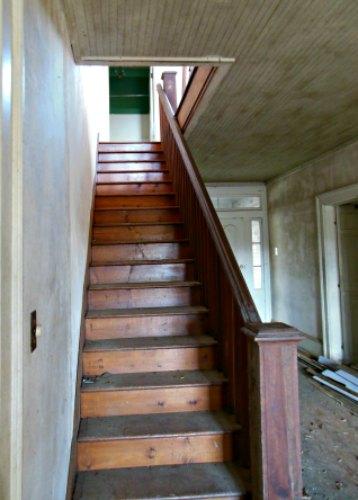 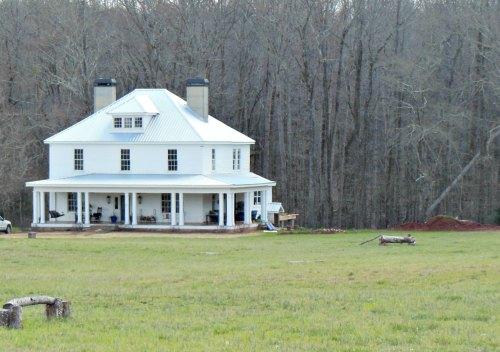 Sitting in new site, with new everything 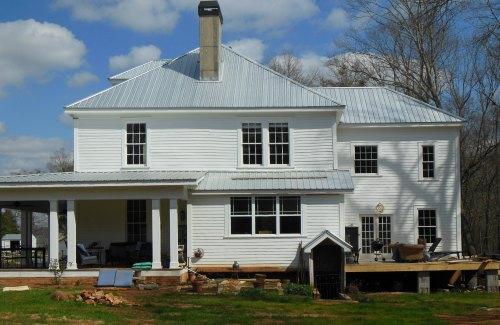 Completed home. Side of house and a view of the deck. 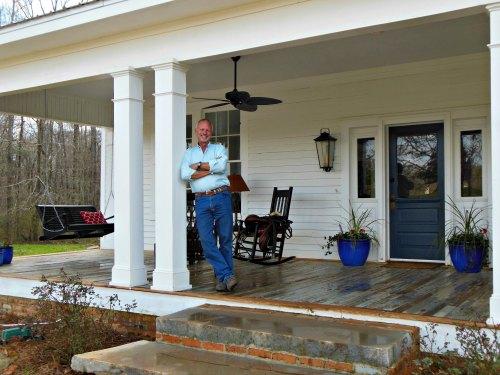 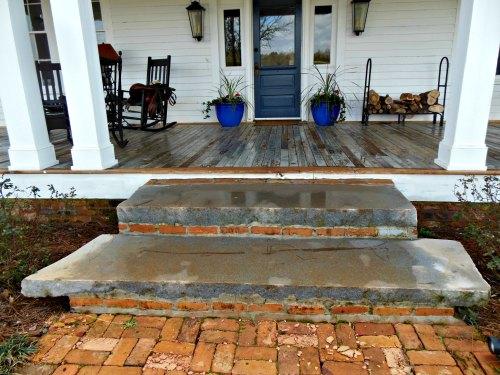 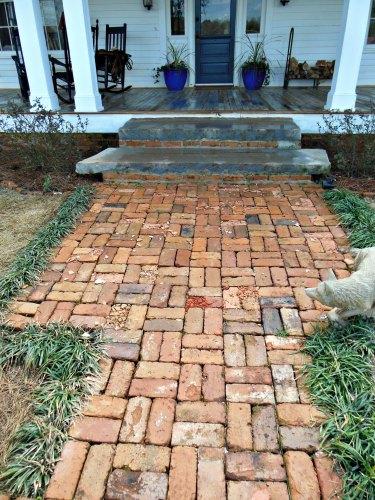 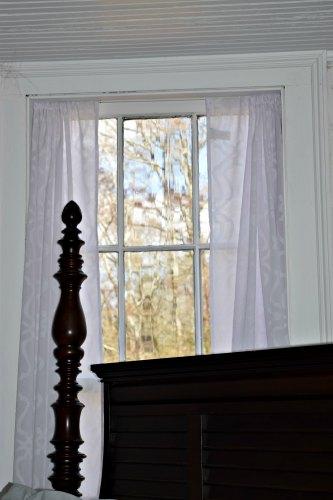 Wavy windows. Most of the original glass in the 22 windows survived the move 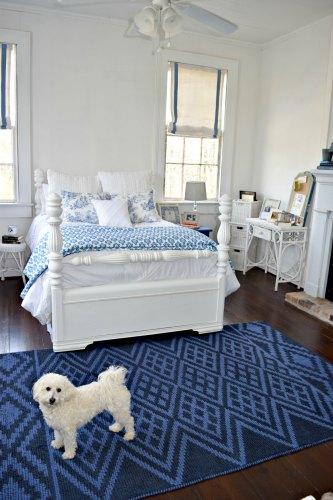 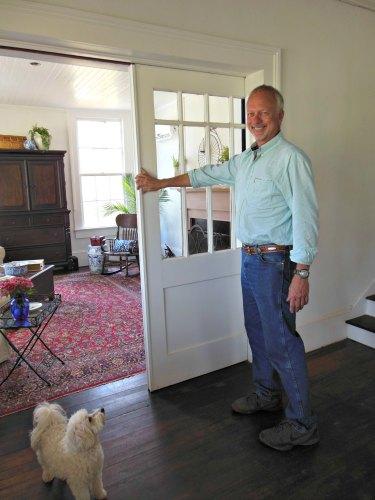 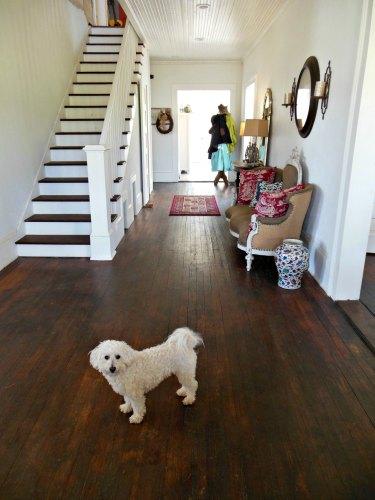 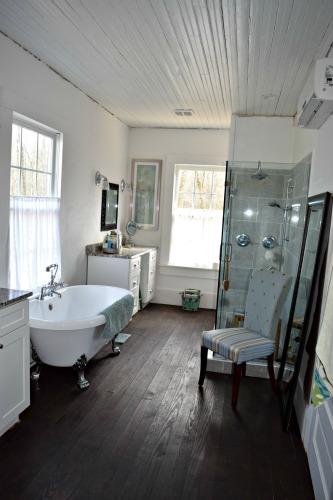 One of 4 new bathrooms 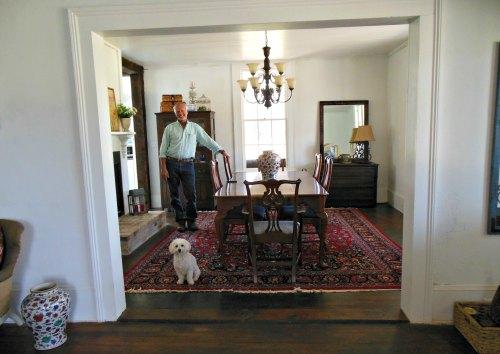 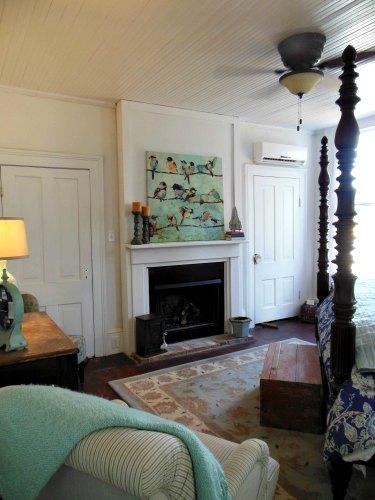 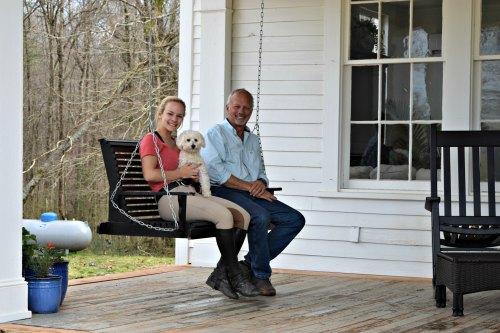 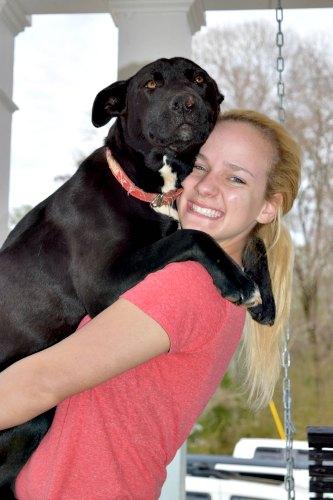 Everybody loves the porch: Lauren and Remmi (clearly a vicious pit bull) 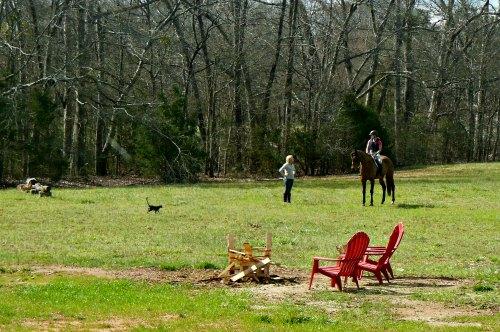 Everybody enjoys the homeplace

The Allens moved into the 5,000 square foot house in February 2015, cooking on hot plates while working on a variety of projects, including:

● Scrubbing 20 years of dust from all the walls, floors and cracks; the water and dust made for a lot of mud that required multiple passes with a heavy duty shop vac.

● Creation of porch steps that were inspired by Elberton’s historic homes; salvaged bricks were topped with rough­cut slabs of granite.

● Restoration of the eight fireplaces. Although two have no vents, newer code required the construction of a chimney four times larger than the original.

● Installation of ductless mini­systems in each room. Those, along with window screens and the breeze through the central hallway, keep the house comfortable in summer without requiring a ducted HVAC system.

● Searching for and installing historic door hardware so that all the original interior doors close securely.

● Re­plastering some walls, particularly upstairs where most of the walls were destroyed in the move.

The result is a big, comfortable, casual house in a décor that Beth had always envisioned: all white walls and dark stained floors – and not one of them creaks, Tom says. The one upstairs room that just wouldn’t “square up,” no matter how much adjusting the movers did, will become his “man cave.”

The kitchen was completed last November after they decided to host Thanksgiving dinner and did the kitchen build­out in the four weeks prior to the holiday. Along with daughter Lauren, a senior at Clarke Central High School, the homestead now includes four horses, three dogs, three cats, and one parrot. Chickens and goats will be joining them soon.

* Two equal­-sized rooms with a central hall between them, on two floors 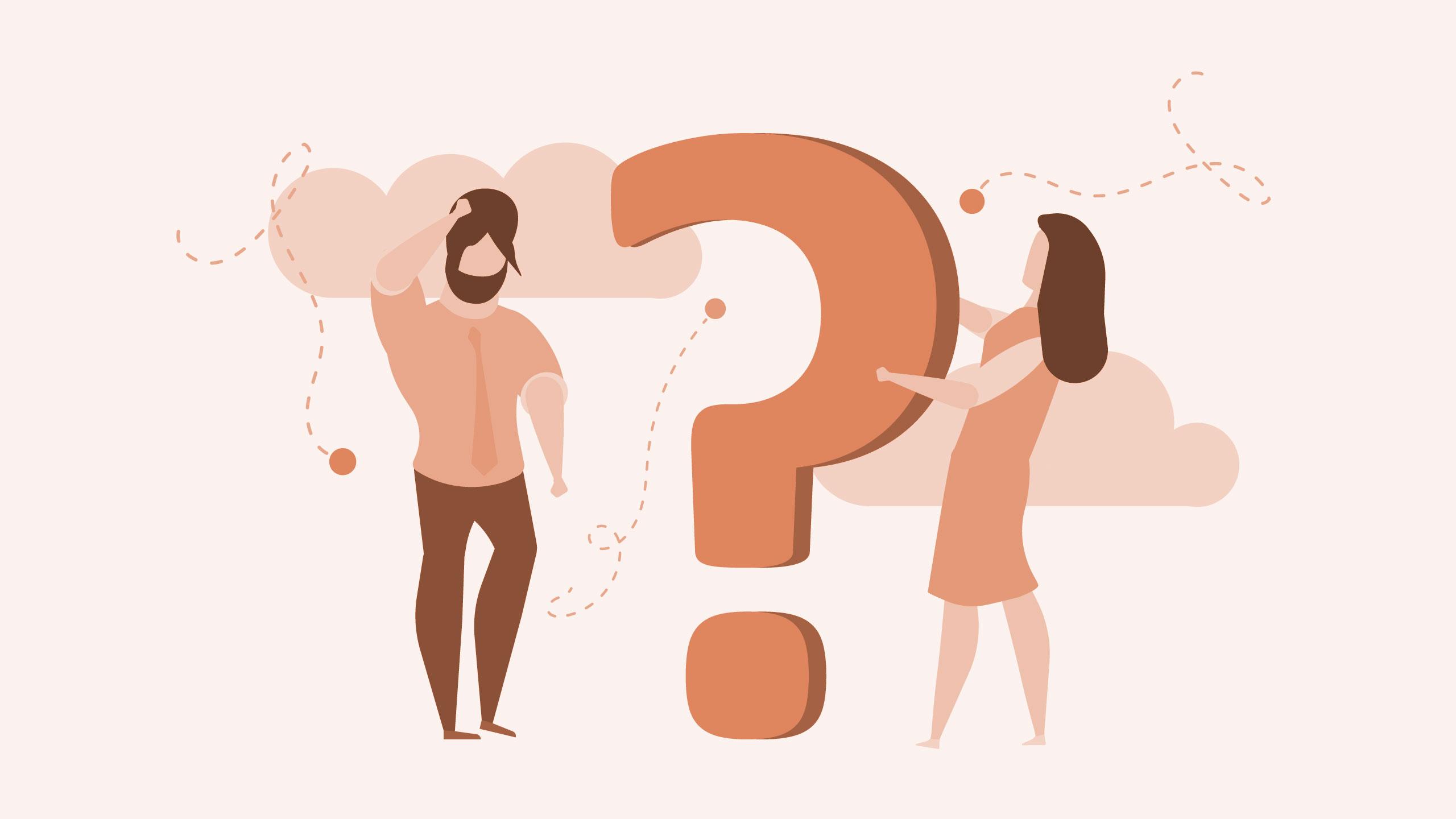 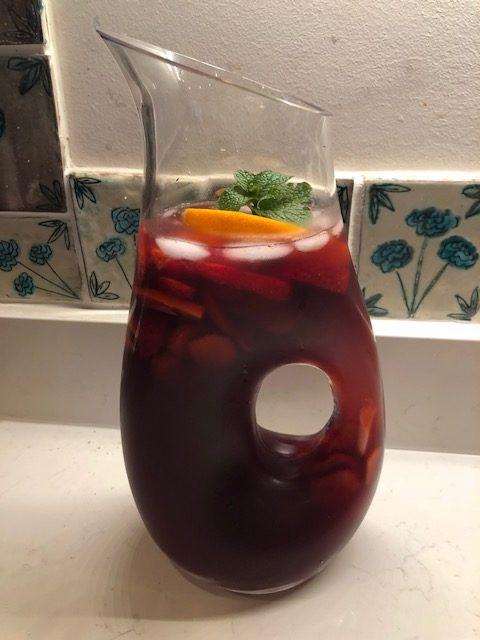