The Epting family has a history of recognizing opportunities to make money, and it was an opportunity in that tradition that led to one of Athens’ most storied sagas — the T.K. Harty murder.

“I had always wanted to have a restaurant,” Lee Epting says. He also loved preserving old buildings, and when he learned in 1970 from his fraternity brothers that the Southern Railway depot was available, he was intrigued. “I could combine my interests in the restaurant business with historic preservation. It sounded like a lot of fun.”

He bought the property but needed investors to make the project viable. He persuaded several local friends, each with a particular asset, to join him.

That was the beginning of The Station, a cluster of businesses in the depot and imported railway cars, that would soon become Athens’ favorite gathering spot. T.K. Harty operated T.K. Harty’s Saloon; John Mooney later ran Somebody’s Pizza. Epting managed the total facility and oversaw The Valdosta kitchen, the railcar with luxury dining. The three men negotiated an agreement over who could sell draft beer (Harty), who could sell only canned beer (Mooney) and who could pour liquor (Epting).

From the beginning, Epting had concerns about two of his partners.

“T.K. was a Yankee. He was abrupt, and he had ways that weren’t Southern,” Epting says. “He made his money at Westinghouse, and he would come down here and hang out.”

Mooney had worked for pizza restaurants in Atlanta, Epting recalled, with the intention of “learning how they operated the business, grabbing their recipes and absconding with those. That always bothered me.”

Initially, the agreements held and business was good for everyone. But envy between Mooney and Harty grew into anger. Mooney wanted to sell draft beer and negotiated a deal with a local distributor to provide it to him for free, violating the terms of the lease and enraging Harty. When Epting sold The Station to Harty and left Athens, Harty promptly evicted Mooney, setting off the chain of events that led to Harty’s murder in 1977, and ultimately Athens’ featured story on an episode of “Unsolved Mysteries.”

For more on this story, listen to the Classic City Crime podcast “The Murder of T.K. Harty.” 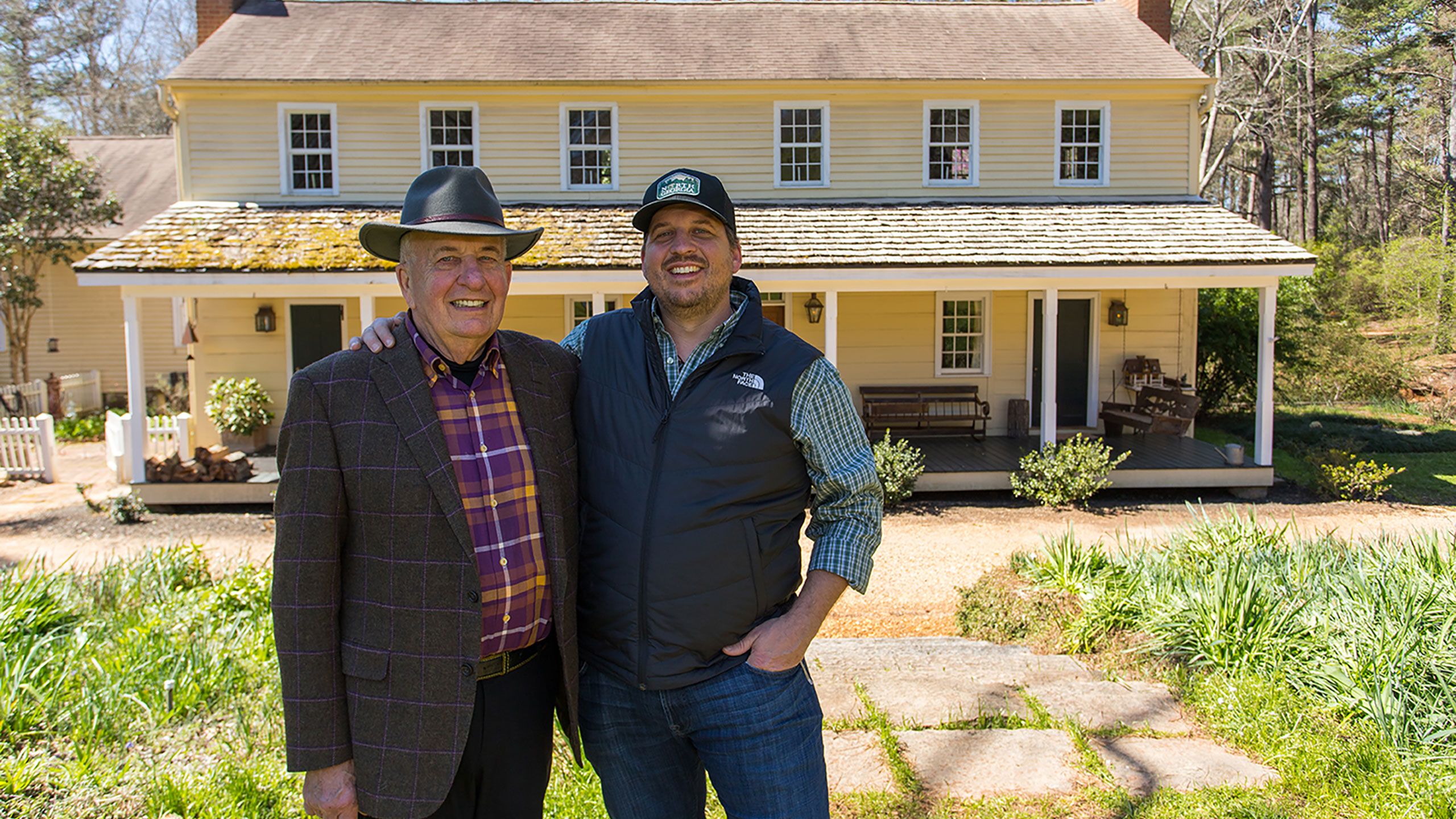 The Eptings’ legacy of entrepreneurial spirit

The Epting family is well known in the Athens area for catering, weddings, birthdays and other events. The coronavirus pandemic offered an opportunity for a lesser-known family tradition — the ability to adapt to change and find a way to serve others.

We were in the early weeks of the pandemic, with our facilities closed but serving hundreds more meals than ever before and had reached a point where we could no longer stretch our existing resources,” says Eve Anthony, CEO of the Athens Community Council on Aging (ACCA). “Daniel (Epting) called and asked how they could help.”

From that conversation grew a partnership that allowed ACCA to provide frozen meals to clients who depended on the agency for a reliable source of food. It was part of Athens Eats Together, a pandemic program funded by the Unified Government of Athens-Clarke County that also included the Food Bank of Northeast Georgia, Athens Farmers Market and Family Connection-Communities in Schools of Athens. The Eptings converted part of the Cotton Press facility on Oneta Street into a logistics and distribution center, with the company’s trucks used for delivery.

“Daniel and his team allowed us to expand Meals on Wheels and increase our service 4000%,” Anthony continued. “Because of that, an entire community had the food resources it needed. We could not have done that without the Eptings.”

Daniel says that two factors led to his call to ACCA: the drastic reduction in business caused by the pandemic and the fact that Epting had been providing emergency relief across the state and around the country for several years.

“Partnering with Eve and ACCA was paramount to employee retention,” he says. “We lost what felt like 100% of our business in about 34 hours. Chef Janice Witcher is the true hero of this story. I may have reached out to Eve with an idea, but Janice fully bought into it. She began making a few thousand servings a week to distribute through three agencies we were supporting.”

When Athens Eats Together was implemented, Janice and the Epting team stepped in and began creating and packing almost 10,000 servings a week.

“Without Janice’s belief in supporting the community and our staff, we would have lost employees and not been able to serve the needs of Athenians,” Daniel says. “Working with our infrastructure and experience and Eve and her team’s experience and infrastructure, we were able to smoothly handle the challenge to take care of Athens from Athens!”

The experience in onsite emergency relief was also important. Daniel took a call in September 2017 from the manager of a relief site in Perry, which had been in the path of Hurricane Irma. “He asked if we could be there the next few days with televisions, toys, games and food for the people in shelters. We were raised as entrepreneurs, so I said, ‘Yeah.’ When I hung up the phone, we all looked at each other and started figuring out how to do it.”

They did it. Within 48 hours they were in Perry with the requested items. From there, they went to Savannah to feed electrical workers who were restoring power. In the ensuing years, Epting has served firefighters in Montana, relief workers in Puerto Rico and storm shelters in Texas, Louisiana and Florida. The multiple businesses of the Eptings — Lee, Daniel, Daniel’s brother Ashley — and their staff have always centered on the culture of hospitality.

“There is a family tradition of having a positive attitude, of recognizing opportunity and seizing it when it comes,” Lee says. “We like to say, ‘Yes, we can,’ and then figure out how to do what we agreed to do.”

Daniel is part of the second generation of the Epting family to run the catering business started by his father, Lee, in 1976. A native of Athens, Lee is the subject of a family story that describes him climbing up a tree at age six to cook a hamburger over a tin can filled with red-hot charcoal. He accidentally touched the can, jumped back, fell out the tree and broke his arm. It was an inauspicious beginning to a career spent at the highest reaches of hospitality.

But that story fits neatly into a family history of entrepreneurship, experimentation, success and failure. It is a combination of confidence and fearlessness that has led the generations through sewing machine repair, antique sales, chicken houses, agricultural and golf course irrigation, historic preservation, real estate development and, finally, the catering business.

Lee’s grandfather, Harry Orlando Epting, after selling a large piece of farm property, “gambled on the idea of a subdivision” in the late 1800s. Many of those houses are still occupied along Milledge Heights in the Five Points area of Athens. His grandmother’s family, the Oldhams from Virginia, operated a mill on the property where the YWCO held summer camp for decades. They also travelled the countryside scouting for antiques, often buying pieces of furniture from people’s front porches, and then selling them in the family store. Grandfather Oldham also served as a director of Hubert State Bank despite the lack of a college education.

The tradition continued with Lee’s parents. His father Harry was killed in World War II five days after Lee was born in 1942. His mother Rachel later married Graham Daniel, who told Lee to call him “Daddy.” Lee’s son Daniel is named for him, and Lee credits Graham’s enterprising spirit with having “a large impact on our business life.”

When Graham came home after the war, he started an irrigation business and pioneered overhead watering systems for tobacco farmers in south Georgia. He hired a train to travel the region to demonstrate his products and eventually opened offices in Tifton and Havana, Florida, in addition to the Athens headquarters.

As the agricultural industry in north Georgia trended away from Graham’s preferred customers, he made the pivot to golf course irrigation systems, installing them from the Florida coast to Augusta National to Guam. And when the Corps of Engineers began constructing lakes, he seized the opportunity to branch into the marina and dock business.

“That’s the mentality that we grew up with,” says Lee. “Come up with ideas to fill the gap when things change.”

Lee worked in his “Daddy’s” irrigation business growing up, but always “had a love for historic preservation. I loved old things and old people. To me, the irrigation business was just glorified plumbing and was not what I wanted to do with my life.” While he was in college, he restored a cattle barn from a family property. Soon after graduation, the opportunity arose to open a restaurant in the Southern Railways depot (now the home to the Athens Community Council on Aging), and The Station was born.

After several years running The Station, Lee moved his young family to Chapel Hill, North Carolina, in 1976 to develop The Station concept there; of necessity, the family lived in the building while they renovated it. Daniel laughs as he recalls that he was 25 years old before he had a bologna sandwich. “I asked my mother why I had never had one before, and she said, ‘Before you were born, we ate so much bologna when we didn’t have any money in Chapel Hill that I swore I would never buy it again!’

“We grew up with the mantra that the bride is coming down the aisle no matter what,” Daniel says. “We have to make sure everything is right for her and everyone there. That kind of problem-solving has been good for us.”

Guided by the parallel values of hospitality and humanitarianism, generations of the Epting family have adapted to serve people in their moments of greatest joy and, recently, their times of greatest need. The pandemic provided the opportunity for the family to apply decades of experience to helping the people of their community find food when they needed it most. That is a family tradition worth carrying forward.

View The Hospitable Humanitarians in our Boom Athens online magazine.

Read about the The Murder at the Station, a story that centered on a murder thrust into the national spotlight and featured on an episode of “Unsolved Mysteries.” 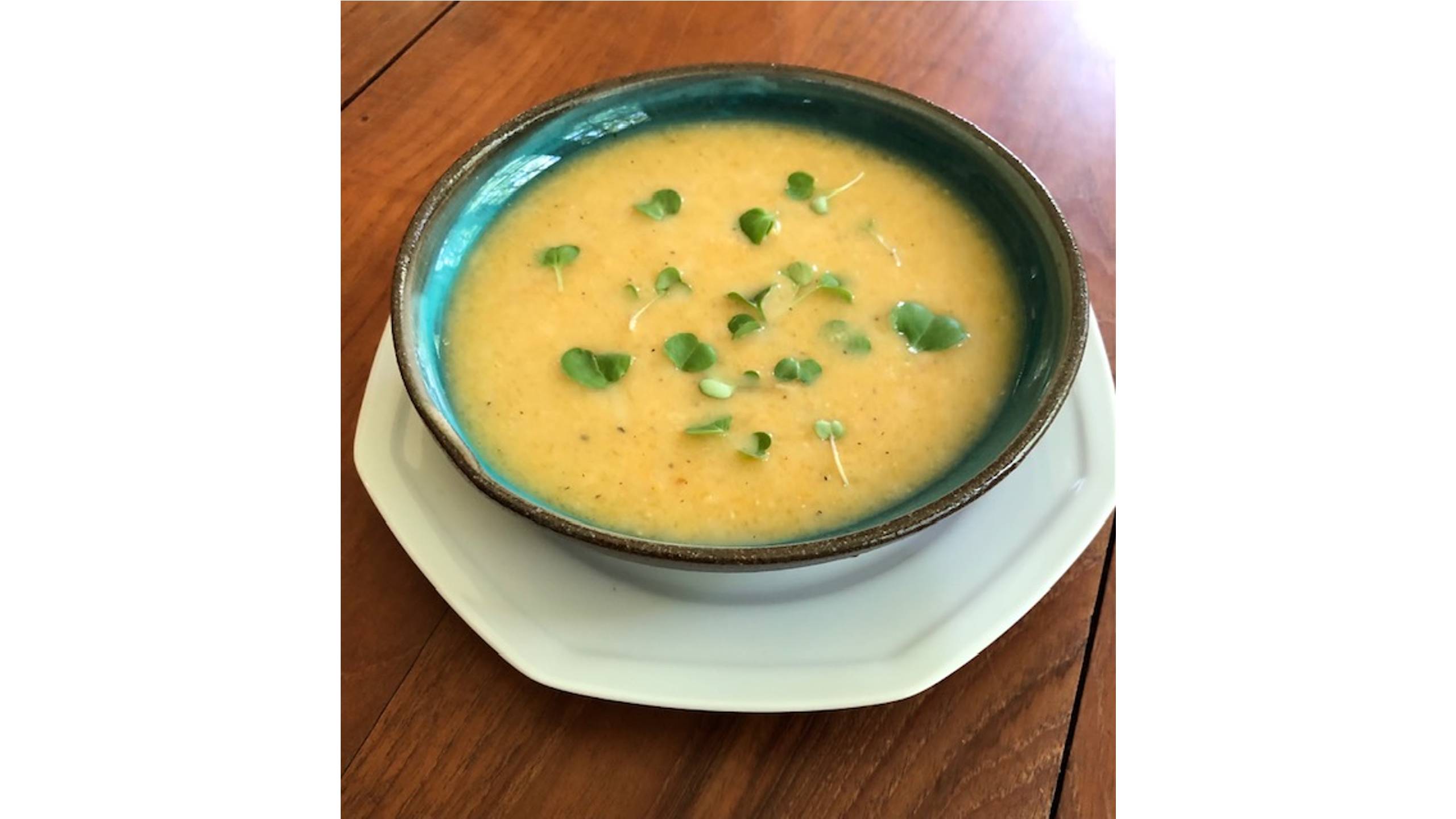 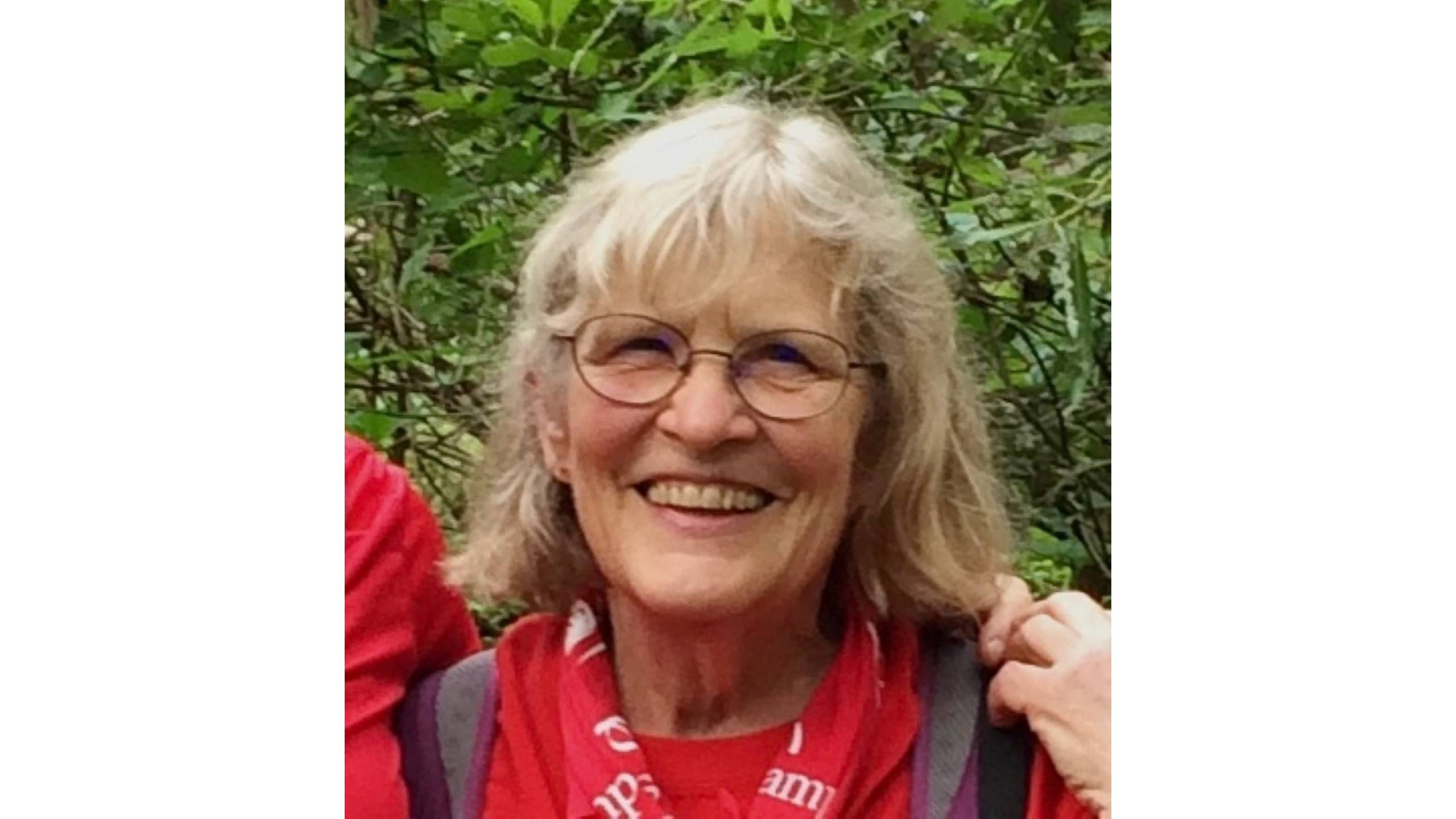 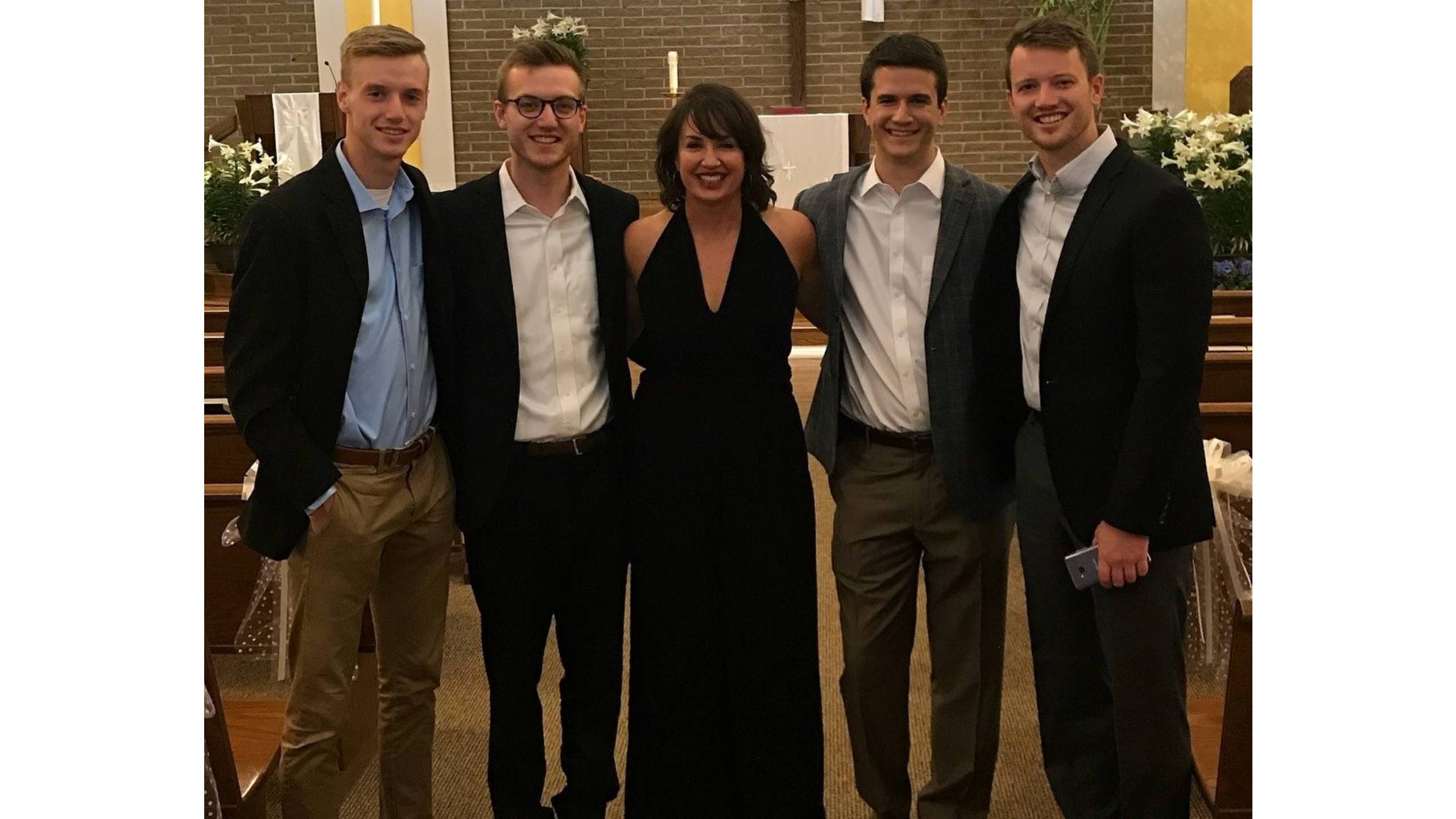