Melissa Jest, African American Programs Director for the Georgia Historic Preservation Division has worked in three majority-minority cities – Philadelphia, Washington, and Savannah – and she says more African American resources are at risk than she’s seen in 19 years in the preservation field.

“With the kind of global investment available now, there’s a hyper-demolition mode,” she explains. “Developers want a blank canvas so they buy and tear down. And our system of finance leans toward the new, so banks will loan money for demolition and new construction.”

She points out that African American resources are often in the path of this desire for a clean slate. “Most of these buildings have been part of the vernacular landscape that people don’t think twice about. They are small, simple, built by untrained artisans. They don’t make the list of important structures or sites.” Now, for the first time in Athens, there is a list that includes four African American resources. Athens Places in Peril is a new initiative by the Athens Clarke Heritage Foundation (ACHF) designed to encourage and guide ongoing efforts to save endangered buildings or sites. Results from a strategic planning process and survey showed that members wanted ACHF to support a more diverse array of neighborhoods and projects. Chosen each year hereafter between Mar. 1 and May 1, Places in Peril nominations from the community must meet three criteria: (1) Listed on or eligible for the National Register of Historic Places (2) Facing a current threat to their existence or integrity, and (3) Have an active group supporting preservation efforts.

“We see this as a way to bring needed attention to some endangered and critically important parts of our history,” says Tommy Valentine, ACHF Executive Director.

The six sites chosen for the first list include: American Legion/The Maddox Center at 165 Magnolia St., was constructed by African American veterans shortly after Post #535 was sanctioned by the Veterans Administration in 1947. In addition to serving as a meeting place for black veterans, it also served as a community center when there were no such facilities available for the community. The stage was the site of performances by Fats Domino, Little Richard, Chuck Berry, and James Brown. Following disbanding of the post, it then became The Frank C. Maddox Community Center, Athens’ first licensed daycare for African American children. The building is currently in need of stabilization and rehabilitation. ACHF secured funds from the Watson Brown Foundation for a preservation plan by Arcollab architects. This project was nominated by Tommie Farmer and Greater Bethel AME. The Reese Street School, 496 Reese St., was opened in 1914 for black students through grade 10. For its time, it was modern with eight large rooms, high windows and a steam-heating system. By 1916, the 11th grade was added; the name was changed to Athens High and Industrial, becoming the first public high school for black students in the state, and the second to be accredited in 1922. While the gym and other outbuildings of the old Athens High and Industrial School have been torn down, the main two-story building still stands. By 1935, the building is again an elementary school and by 1960, it is closed. The Athens Masonic Association bought it in 1968. Now, it’s in need of extensive repairs with a new roof as the first priority and a goal of creating a community space for events and classes. ACHF director Amy Kissane is working with the Masons to apply for a preservation grant and designation as a National Historic Landmark. Submitted by Marvin Nunnally and the Athens Masonic Association.

The Central Baptist Church Cemetery in Winterville is a site that was given to the African American community for a church before the first deed books were recorded at the Clarke County Courthouse. It currently has no known owner and there is some concern that the adjacent lot, which is currently for sale, is part of the cemetery, as that lot and the known cemetery share the same parcel number. There are just three gravesites, one marker, concrete steps, the church’s foundation, an old well, and debris from a burned house. Further archeological studies are needed to determine more graves and the location of the original church. Stabilization, ownership determination, and site security are current risks. Submitted by Kim Burch, chair of the Winterville Historic Preservation Commission.

The Billups Grove School House on Lexington Road in eastern Clarke County, was part of a larger network of church-supported, one-room structures that addressed the educational needs of local African American children during the Jim Crow era. The school sits behind the Billups Grove Baptist Church and is currently on ACC land adjacent to the Athens landfill. The wooden structure has been long abandoned; it’s threatened by overgrowth and deterioration. Outstanding concerns include questions of ownership, a permanent location and use, and stabilization/rehabilitation. Submitted by Fred Smith and the East Athens Development Corporation.

Beech Haven, located off Atlanta Highway, is a renowned example of the Arts and Crafts architectural movement and is the focus of a SPLOST proposal that is awaiting final approval. Spread out over 149 acres of hardwood forest, the site contains carefully constructed, century-old bridges, pagodas, benches, pools, fountains, and a two-story home. The former summer retreat of the Rowland Family was first established in the World War I era and was built largely by Athens African American master craftsmen Ike Osborn (rock mason) and Jim Glenn (master carpenter). A master plan for its use must also be developed. House has been stabilized through ACHF efforts but the site is currently at risk of continuing environmental deterioration, lack of site security and maintenance. The project was nominated by Nat Kuykendall of the Friends of Beech Haven

The Whitehall Community is a neighborhood in the southern part of the county that sprang up around the Whitehall Yarn Mill on the North Oconee River around 1830. It includes many typical “mill worker” houses, two churches, the remains of the original mill, the main mill complex, and the Whitehall Mansion. Both the mill complex and the mansion are listed on the National Register of Historic Places but now the neighborhood is threatened by unrestricted development and active demolition. To survive, the homes in this community would require a historic district designation and local design guidelines. Submitted by Suzanne Tate and the Friends of Whitehall.
“Community members are at the heart of each project,” explains Valentine. “Our role is to bring attention, knowledge and coordination to each project – enlist key experts and get the right people in the room.”

The official kick-off for the initiative will be Aug. 22 at 6 p.m. at the ACHF offices in the old Firehall No. 2 at 489 Prince Ave. To learn more about the properties on the 2019 Athens Places in Peril list please visit achfonline.org or contact Tommy Valentine at 706-353-1801. “A Story Untold: Black Men and Women in Athens History”

Michael Thurmond, Athens native, former state labor commissioner, and now Dekalb County CEO, was in the first class to desegregate Athens High School in 1971. He tells the story of his history teacher, Elizabeth King, photocopying articles from black publications for the segment on black history because there were no textbooks on the topic or any with chapters on black history.

When he complained, she told him, “If you want a textbook, why don’t you go write one?”  So began his research on Athens’ black community. Already showing his gift for persuasion, Thurmond convinced the superintendent of schools of the value of the project – enough so that the board of education paid Thurmond to continue the research and produce a 32-page pamphlet. Later, during law school he decided to do more research and turn it into the book: “A Story Untold,” which was published in 1978.

Now, the Athens Historical Society has printed a third edition for the book’s fortieth anniversary. For more information on purchasing a copy, email Athenshistorical@gmail.com. Christian Lopez, Head of the Russell Library Oral History Program at the UGA Special Collections Library recently received a Public Engagement Seed Grant from the Whiting Foundation to train local members of the African American community to do 30 oral history interviews over the next two years.

“We’re identifying people now,” says Lopez, adding that “it will be cross generational.”

While the library already has several oral histories by local African American residents, Lopez says this will be a more robust and collaborative effort with the community.

“Previously, our work has been in a very traditional, research-based context that we control,” he explains. “In a community-based project, the physical location of the interviews is important, and must be in a location that’s managed by the black community.”

“We have to be thoughtful – these are sacred stories, and we have to establish trust and earn the right to reveal them,” says Lopez. The Russell Library for Political Research and Studies will be the preservation archive for the recordings, and the interviews will be available online. 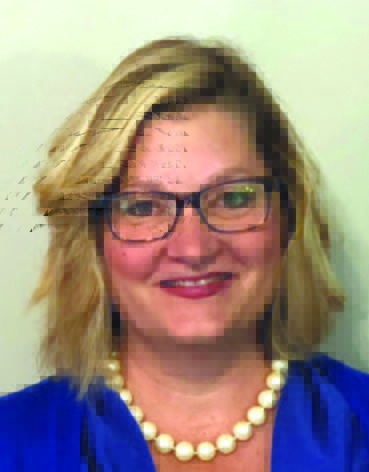 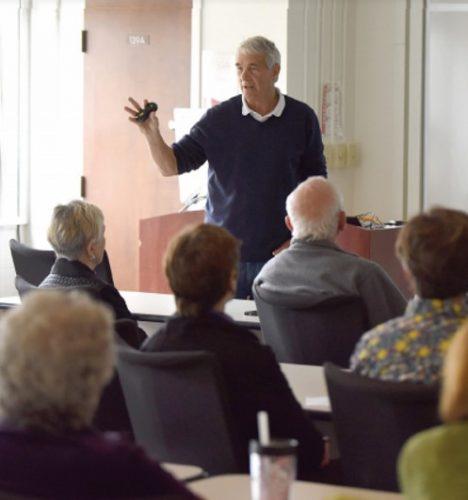